AeroPress is more than just a new way to brew coffee, it’s now a cultural movement that is blooming. In this article, you’ll learn more than you can imagine and see how AeroPress came to be. As every story has a beginning, this story starts with reinventing the wheel. In this case, a flying disc.

Have you ever heard of Alan Adler? No? Well if you’re like me and grew up in the ’80s, you must know about the Aerobie? The flying disc, not a Frissbee. Well in case you don’t know, Alan reinvented the Frissbee. His invention took the idea one step further and added a rubberized edge along the outside ring. This made it easier to catch when someone threw it to you.

The Aerobie began to sell like hotcakes in the 80s, and after the first two years already sold one million. It was the hottest new sports activities that you didn’t need skills to play. In 2003, Aerobie set a new Guinness World Record for the longest throw of an object. A category that cannot have any kind of velocity-aiding features. It flew over 402 meters, over a quarter of a mile and broke a record that had never been broken before.

In all, Mr. Adler and his company Aerobie Inc. produce 18 other flying toys that have never stopped selling out. They put the fun back into beach parties and afternoons at the park. Alan even got pets involved with a line of flying toys for dogs. One, in particular, is a football shape with wings aptly called the Dogobie.

By now you might be wondering what this has to do with coffee?

The dinner question that sparked AeroPress

It was a normal management team gathering one evening in 2004 at Alan Adler’s home in Northern California. One of the wives of their top sales manager of Aerobie asked the group an odd question. She wondered what they did when they only wanted to make a single cup of coffee? Being that many in their company are traditional coffee drinkers, and will usually drink more than one in a day. The question no doubt caused a spark in Alan that needed to be answered.

Alan is one of those old-school guys who’s a true Boomer, to say the least. He began his career working in the 1960s as an engineer in the private sector. You might never have thought he worked on military aircraft, submarine parts, and even nuclear reactor controls. He eventually started to mentor students at Stanford University and led lectures on a course that discussed sensors. So out of all this, how did Alan think of reinventing coffee?

A constant quest to reinvent

It seems that Mr. Adler was looking at the problem from a practical point of view. How does a person make a single cup of coffee? Much like his improvement to the Frissbee, he used science, and physics, and his imagination. The quest to re-invent the wheel was a burning desire for him that took over a year to develop. Don’t ever mistake Alan Adler for being another Ron Popeil! To talk about the development process that Mr. Adler applies to his inventions is masterful and innovative.

Birth of the AeroPress

He used two methods that were common for brewing coffee:

It didn’t take long before Adler could find faults in both methods. The pour-over method is essentially using a Melitta cone which uses a filter inside and coffee grounds inside that. Hot water is poured over this and will have 4-5 minutes to filter through the coffee grounds. In that time this process also allows acids and bitterness from within the coffee bean to escape. This is how drip coffee machines operate and why coffee can taste so bitter and acidic.

He liked the French Press method that uses a compression filter to push the coffee grounds to the bottom.

His impression of this was more like a large tube with a plunger attached. It used air pressure to speed up the process of filtering the coffee. After his first experiment, he realized there was a big difference in taste using this immersion method. The quality of the coffee was there, but the bitterness and acidity were gone. Alan wasted no time in calling his business manager Alex Tennant at Aerobie, to quickly come to his house.

Alex was one of the first to try this new kind of coffee. His impressed reaction followed by him stating: I could sell a ton of these’, started the ball rolling. For the next year, Alan further developed the design with used different sized tubes and plungers. He had no idea how to develop the instructions, but over time they presented themselves as it evolved. In the end, Alan decided on thew name AeroPress for this new invention.

By 2005, Alan took 100,000 dollars and his design plans to a Livermore-based plastics company.

They used the plans to make the molds for this invention. That same year they began production of the product and debuted it at Seattle’s Coffee Fest. Not only was their product accepted by the community there, but the user-friendly design was also a hit. Local brewers loved the catchy appeal to making fresh coffee for customers. The selling price was also a hit at just 30 bucks per unit.

But nationally it was not well received and sales took a beating for the worst. Alex Tennant ended-up begging his sales reps to not drop the product from their list. In 2006 and 2007, these were the hardest years and it seems evident that the product would be shelved. Yet even though the product was placed in popular stores like Target, a hidden community would change everything. Back in 2007, the internet was buzzing with forums. One forum out of thousands changed it all for AeroPress.

A website called “CoffeeGeek” with an incredible army of 82,000, knew of a thread from 2005, reviewing the Aerobie AeroPress. It was the sole reason the Seattle Coffee Fest helped gained attention for this new product. It reached 7.3 million views with over 2700 posts before Alan discovered the site. He reached out and joined the group. He began discussions about the product and how it works, much like his mentoring days at Stanford. He made over 683 individual posts on the site about his new product.

Not just another showman

By 2008, the product began taking off and international orders were beginning to be requested. The interest was so strong from the power of the internet at that time. Adler already knew how advertising and television worked well to sell the Aerobie, but the internet was all free press. He used his skills from previous publicity stunts he did in the last three decades to gain more attention. Before he used the Guinness World Record to win recognition and did it again with the AeroPress.

The World AeroPress Championships was born in 2008 and has gained a massive following around the world. It also is directly linked to 38% of annual income for AeroPress. Right now, northern Europe is especially dedicated to this product. These are countries where people are very serious about coffee. Today this product is sold in 56 countries all around our globe. But what Alan had not expected wasn’t just people playing with his invention, they became his extended classroom.

With the success of the World AeroPress Championships that are still currently being held. A total of 58 national competitions all over the world lead up the World Championships that are held each year. Every year 3000 people compete for the top wins. What began as a fun way to make coffee, has turned into a fierce science. These hopefuls turn up every year to introduce their newest brewed inventions.

Where the mood was fun and festive is slowly turning into a suave and sophisticated style that appeals to the judges. Elements of the recipe are changed by varying water temperature, playing with filters and mixing coffees. These championship titles are especially favored by those who run coffee shops. Nearly the same as winning an Academy Award, (well not really), these Baristas are proud of their title.

Not only that, it has become nearly a science. Many of the professional Baristas use a Refractometer to test for the extraction levels of the coffee itself. This also is a nod to Alan Adler’s approach to getting into the physics of coffee itself. As for new recipes every year, there are too many to mention.

As for methods, the sky is the limit, it matters merely for personal taste, and that counts. Since Mr. Adler’s marketing motto still is The best coffee maker I’ve ever owned.

The brewing method is quite simple. It doesn’t take much to have a fresh cup of coffee in minutes.

Here’s how you do it the AeroPress way.

This invention can use all kinds of coffee grinds that will all yield different flavors. More fine grinds will take longer to push down unlike more coarse grinds. You’ll have to be patient and try them all. Here is a rough list of the setting and types of ground coffee names: 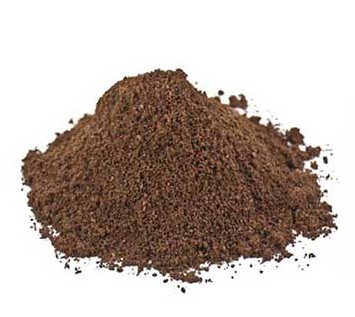 Finely ground coffee will range from powder to dusty. This is usually what goes into your drip cup coffee machine or for espresso. You’ll notice the flavor is more intense and sharp. 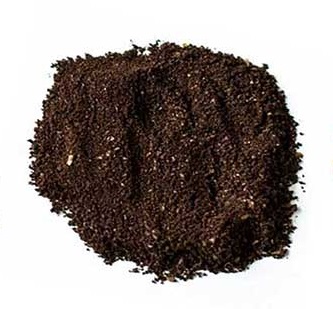 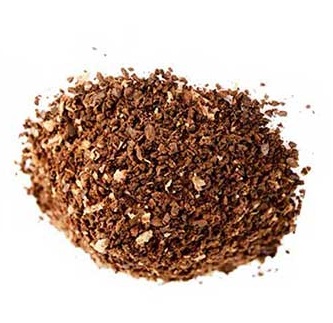 You might end up having small granules that look like sea salt and the flavor of your coffee will be weaker as a result. Try keeping to a medium-coarse grind for all your coffee recipes.

Take the time to find coffee beans that you like. Go to coffee suppliers or coffee shops that offer different beans. You’ll know right away if you like a specific kind of bean. Keep in mind that all beans are roasted. The longer they roast, the more pronounced the flavor will be. After a while, you’ll start making your blended mixtures to suit your tastes.