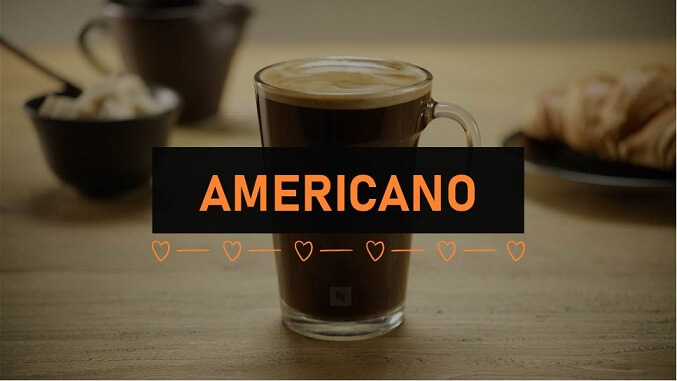 One of the most-debated drinks on modern coffee menus, the americano is made by diluting straight espresso by adding water to it after brewing.

Many coffee lovers think of americanos as a watered-down drink for people who don’t like espresso. The truth is that some espressos taste better when combined with a little extra water. Similar to adding “branch water” to whiskey, the water in an americano can help to open up important aromatic elements in the espresso.

Americanos achieve the deep, rich flavor of espresso with a lighter body and lower intensity similar to a drip coffee.

Why is it Called Americano?

The term americano is believed to have originated in Italy during World War II, although there is little hard evidence to support this theory. 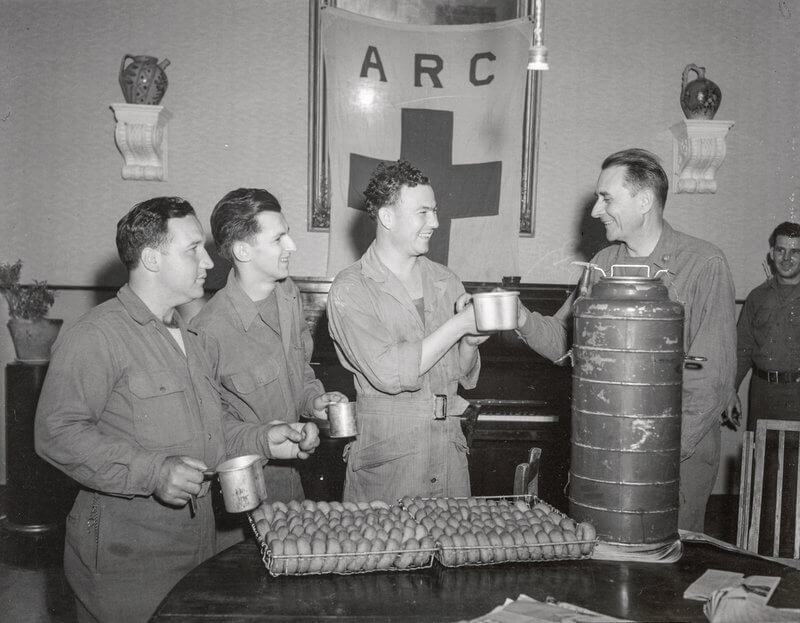 The story goes that American GIs didn’t like the intensity of the espresso that they were served in Italian cafes during the war. To approximate the drip-style coffee they were used to, they’d add water to their espresso shots.

In modern times, the name is somewhat ironic, given that most Americans prefer large, sweetened lattes over the relatively sophisticated flavor of the Americano.

The recipe for making an americano is vague at best. 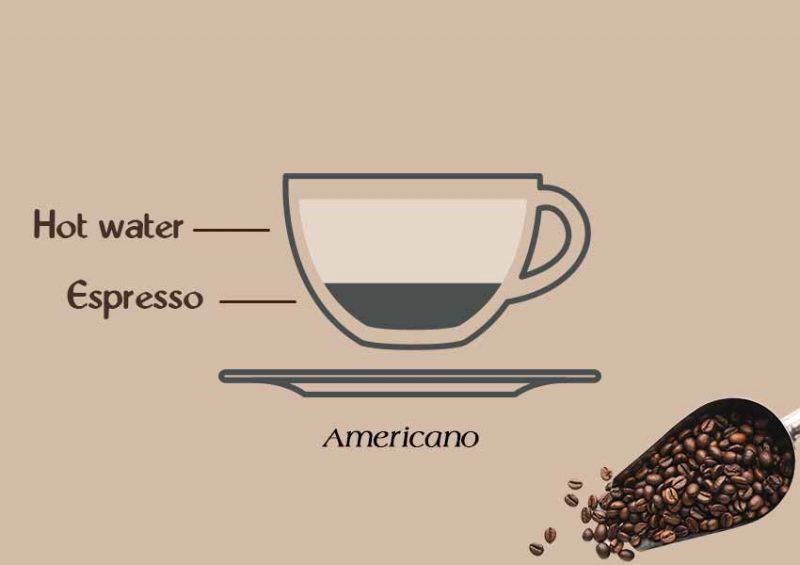 The only official requirement for making an Americano is that you add some water to some espresso. There’s no standard specification for how much water, how hot it should be, whether to use one or two shots of espresso, or any other parameters of the drink.

That said, there three things to keep in mind when making an americano. 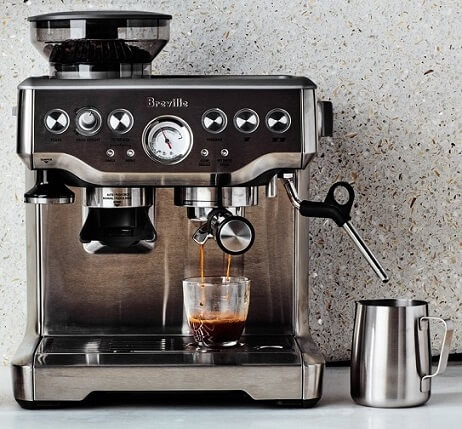 Many cafes will use the water from their espresso machine’s “tea spout” to prepare americanos. This is a convenient way to go about it and saves the barista from having to turn away from the machine during a busy shift in order to use a separate water source. The tea spout water, though, is almost always either way too hot or way too cold to make a proper americano.

2. Flavor Profile of the Coffee 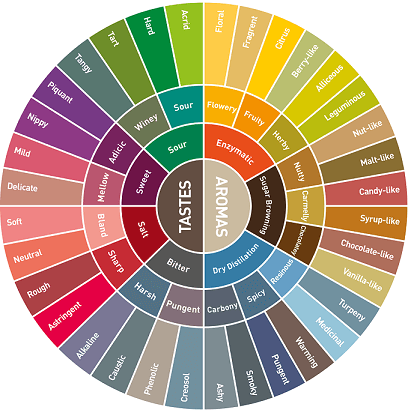 Mixing a straight shot with a bunch of water doesn’t just dilute the strength; it also changes the way you perceive the different flavors in the espresso shot.

While there’s no specific flavor profile required for making an americano, be aware that various coffees will respond differently to this preparation method. 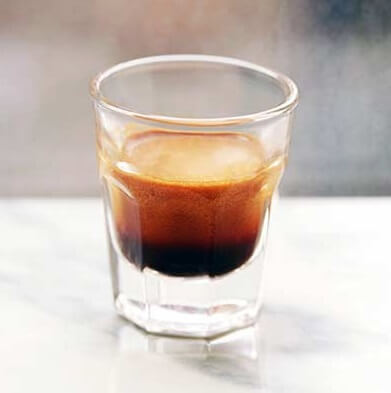 Many espresso lovers prefer the intensity of ristretto shots when they drink their espresso straight.

Ristretto shots are intensely flavored and tend to be sweeter and brighter than standard espresso. It’s logical to think that this increased intensity would make the shot stand up better when diluted in an americano.

In fact, the opposite is true. 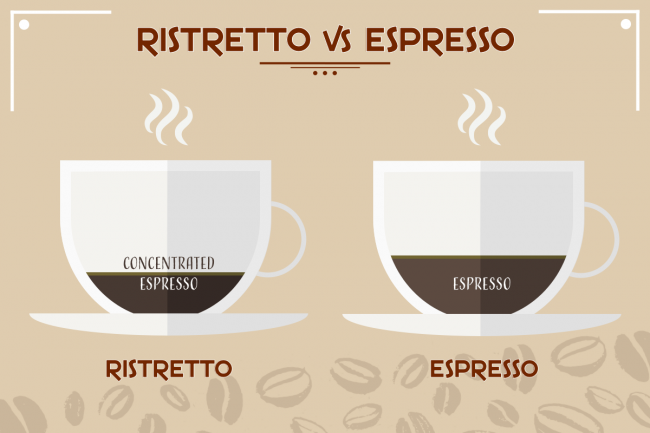 Americano VS Lungo or Long Black 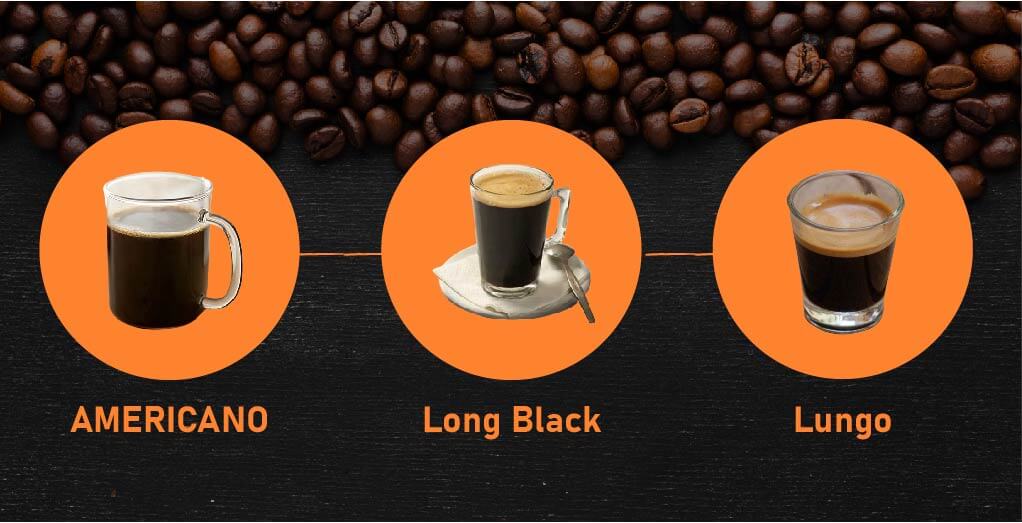 There are many variations on the add-water-to-espresso theme. The most significant differences from one to the next are the ratio of water to espresso and the order in which the two are mixed together.

Many cafes in the U.S. make americanos by pulling a shot of espresso into the bottom of a 12- or 16-ounce cup and then adding water to dilute it. This is the easiest way to achieve the goal of blending water and espresso, but this method can damage the delicate flavor balance of the espresso. 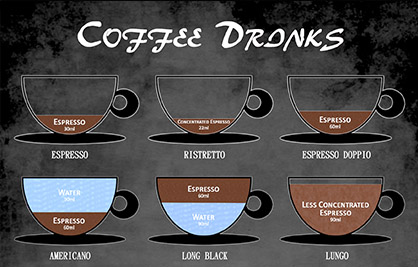 Espresso is topped by a thick layer of foam called crema. When you drink a straight shot of espresso, the tiny bubbles in the crema increase the surface area of the coffee as it comes in contact with your taste buds. This makes the coffee sweeter and more intense. The crema also helps to preserve the freshness of the shot by locking in escaping volatile aromatic compounds.

When you dump a large amount of water on top of a freshly pulled shot of espresso, the crema is disturbed, and the flavor of your americano may suffer as a result. 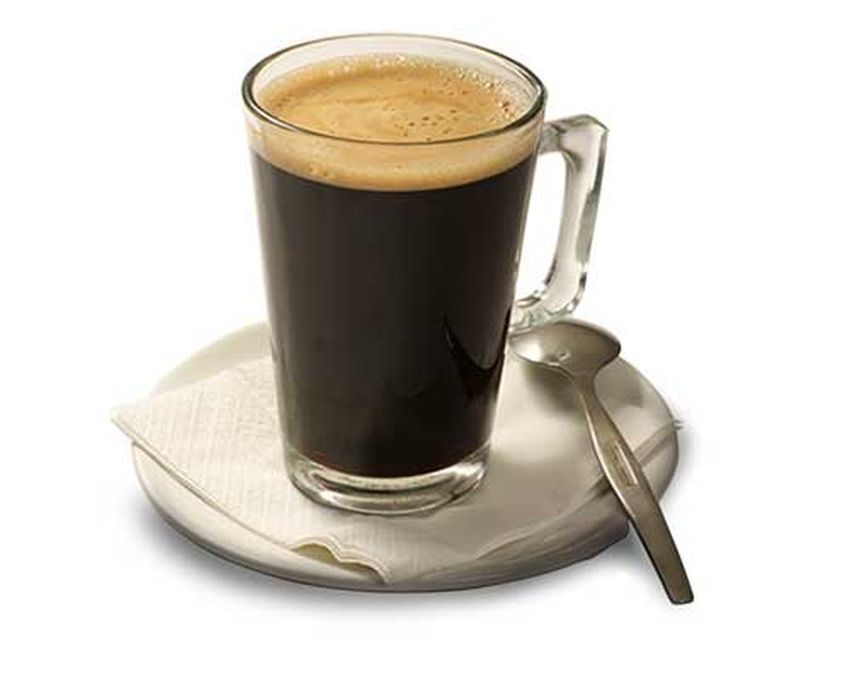 A popular drink in Australian cafes, the long black is an americano-like drink that’s made by filling the cup with water and pouring the shots on top.

This method helps to preserve the crema and gives the long black a slightly richer flavor. 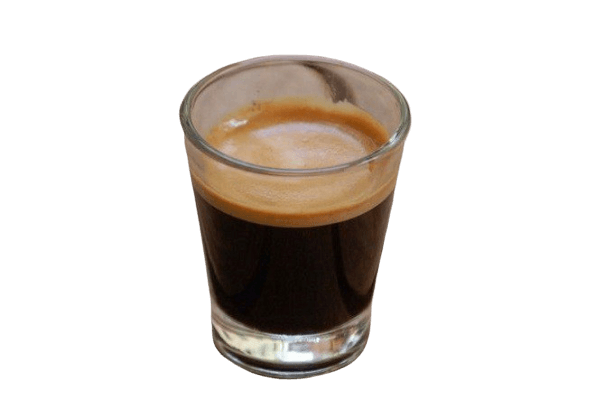 In Italy, one of the three classic styles of espresso is called the espresso lungo or caffe lungo.

Caffe lungo is an espresso that’s pulled for a much longer time than a standard shot. While a “normale” (a regular shot of espresso) is brewed in about 30 seconds, lungo brews for about 1 minute or more.