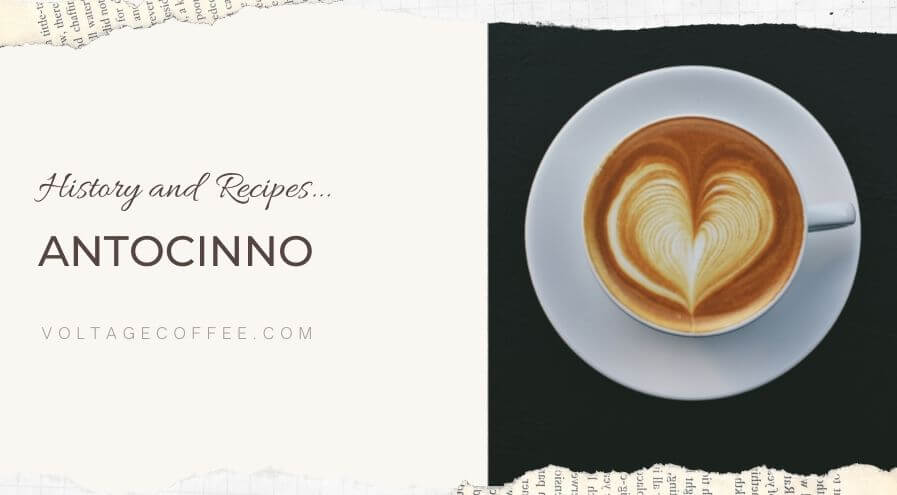 On the surface, some innovative espresso drinks may sound more than they really are but are hiding the real origin behind their creation. Come and find out the interesting and somewhat deceptive origin of the Antoccino and where it actually comes from. 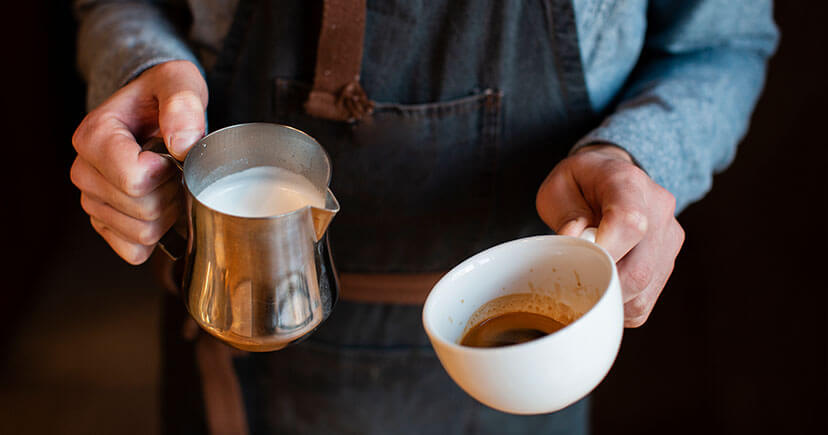 Just like other coffee and espresso stories we’ve mentioned here before, each origin has a birth of some sort that leads to its evolution. If you’ve ever wandered into fancy coffee shops or sidewalk cafes you might have heard of the Antoccino. It’s a delicious blend of espresso and steamed milk served with a 1:1 ratio per cup. Many websites purport this is a beloved national drink of Italy, but oddly it just never gets mentioned. Funny huh?

The first stop on this marvelous world tour is from one site that hails the Antoccino as being a double shot of espresso with equal parts steamed milk. Check the date on this as we’ll come back to that a lot more in this article later. It directly conflicts with Wikipedia’s page on the actual ratio that’s used. Even Wikipedia agrees it has no ties with Italy, so this is where this snipe hunt really begins…

The only previous proof of this drink is on the internet comes from an upload that first appeared in 2010. It lays down what the Antoccino espresso is supposed to be. No mention of ratios, just that it’s a strong espresso served in an espresso cup with steamed milk 1:1. The author who posted this mysterious photo only has one other upload that came in 2011 could be considered a meme of sorts. Sadly, it never took off.

Where Does The Name Come From?

The very first published mention comes from of all places, fiction. Since you can’t always trust what a good book has to tell about espresso. Despite this, a little-known book from 2013 entitled Billionaire Blend: A Coffeehouse Mystery. While it sounds more like a terrible Judy Blume knock-off the author is actually Alice Alfonsi and her husband Marc Cerasini. The book was published under the pen name Cleo Coyle.

This is where the Antoccino gets a small blurb from a European coffee aficionado known as the Quiz Master’ also later revealed to be called Eric. Now, aside from this very early mention of obscure coffee from around the world, we know that the Antoccino is likely a drink that was made up for the book. But after this, it became an internet sensation. It even got mentioned in a 2013 blog that posed the same question.

It seems the winner goes to Karl Orozco and his blog that asks the question directly, but not until you get a look at his bio that the mystery unravels. Now here are the two important factors to consider. He’s a Filipino art student who blogged about visual arts, but oddly has a love for commenting about coffee culture. As you’ll find, we’ve gathered the most compelling proof of how his blog influenced another event in 2015.

The 2015 Opening Of Caffe Antoccino 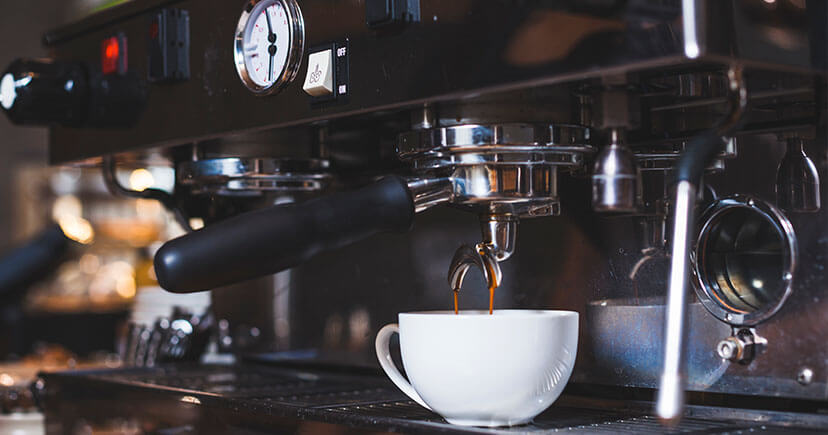 Getting a good mention on the internet is a good way to talk about nearly anything, but when it comes to cementing an espresso drink- it’s everything. Here’s some relevant proof that shows how serious this one gets. A café that serves meals too, hmmm? How original does this story sound when both the owner and blogger are both Filipino students who have studied in America.

The café itself does have a history and it can still be found on the internet readily enough. They don’t have anything bad about their food, and they’re just not a dedicated coffee shop in any traditional sense. The cafe also sells imported Italian coffee, coffee equipment, cups, and coffee merchandise. One curious item they do sell is this espresso cup that does look familiar to this one.

You can find their Facebook page is filled with all sorts of goodies that appear to sell everything except the kitchen sink. They don’t even serve the Antocinno on their menu, which is even more confounding with the name of the cafe being so obvious. But the fact remains that it’s likely that these two students Anthony Uy and Karl Orozco knew each other at some point.

Another interesting fact is that this cafe is located in the Philippines in a city named Davao. Anthony studied at the University of Phoenix, while Karl now is a teacher at the Albuquerque Academy. Their connection is likely to date back to the Philippines, whether or not they actually met. The coincidence that they planned this is rather vague, however, Karl did make his post the same year that Café Antoccino opened.

The fact that Anthony admits he searched the internet for finding a name for his café would strongly suggest he most likely saw Karl’s blog.

The Truth Is Revealed

There are some clever sleuths out there that have identified the Antoccino for not being Italian at all. Thanks to Terry Victor for making this revealing blog that points out the Antoccino is not linked to Italian jargon. Despite this, the Antoccino still persists on the internet and will likely survive for decades to come

How To Make The Antoccino At Home 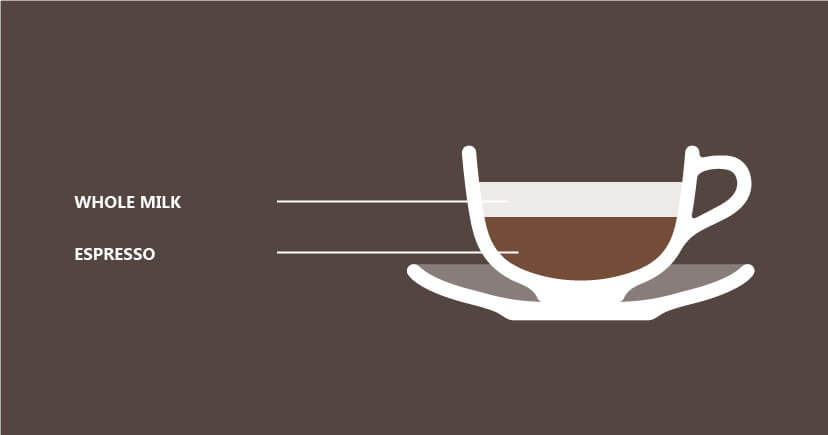 You don’t need to open your own café to enjoy the Antoccino for your own enjoyment, so here’s the official recipe that seems to fit the narrative.

Start with a quality Italian dark roast and pull two shots (a Doppio), into an espresso cup. Steam your whole milk with the steaming wand at the leading edge of your milk container. Be sure to keep the milk from frothing or getting too much air into the milk itself. You want to have a fine micro-bubble texture to make this work. After you’re finished steaming, pout the steamed milk into your espresso cup.

You can sweeten this coffee with sugar or perhaps some flavored syrup to give it a more customized style. Enjoy.