You might think that a caffeinated drink with just a bit of condensed milk would become more of an internet mystery is known as the Cafe Bombon. In this story, we bring you the best-known information that you probably didn’t know about how the Cafe Bombon became a global crowd-pleaser.

Where It All Started Just Isn’t Making Any Fuss…

Most internet sites claim that this coffee drink became popular in Valencia, but in reality, the city where it all began is actually Costa del Azahar. Yet an espresso drink that is so celebrated is just a mere skip and jump from Valencia. This region that called the Orange Blossom Coast is being awfully quiet about being the originator of this popular Spanish treat. But here’s what you’ll find sketchier about this drink that isn’t just a coincidence.

Other Countries Have The Same Recipe

Go figure that Thailand and Singapore have the same exact recipe, yet they have regional names for this drink that can be traced. In Thailand and Singapore, this drink is called Kopi Susu Panas, while in Malaysia it’s called Gafeh Rorn. This drink has been around in these countries for decades and can be found among the local street coffee vendors and coffee houses.

There is little difference between these countries except for the brewing process. The Asian countries are using ground coffee instead of espresso, but they all use condensed milk nonetheless. For this reason, condensed milk is easier to store in countries where there is a lack of refrigeration. An open can of condensed milk can sit out for several hours without spoiling like fresh milk will, making condensed milk perfect for warmer climates.

If you want more proof, take a look at the Vietnamese coffee Ca Phe Sua Nong, which is made with coffee extracted with a pour-over method. This recipe also used condensed milk. So this information makes you wonder if a quiet and sleepy coast in Spain, very close to Valencia, came up with this recipe that just so happened to spread like crazy across Southeast Asia.

Is The Cafe Bombon Popular In America? 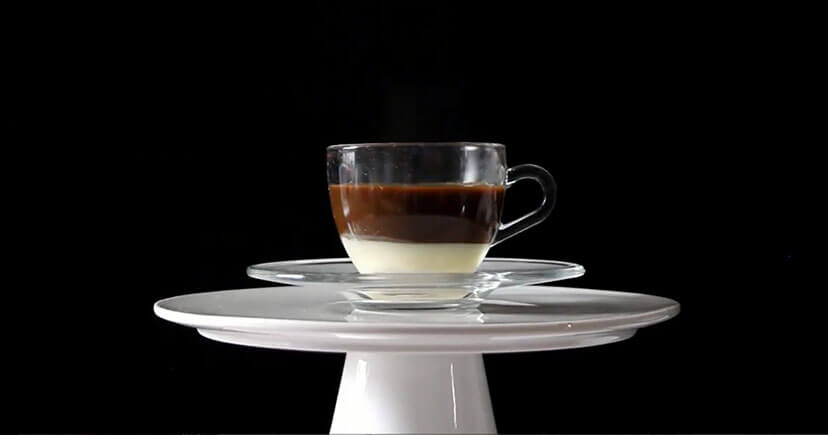 It’s still relatively unknown aside from what recipe versions are more appealing on the internet. For the most part, the most attractive aspect of a Cafe Bombon is the name itself. The concept of using condensed milk isn’t a terrible idea, but it just doesn’t have the same appeal that you’ll find with most espresso-based drinks. The natural sweetness of the condensed milk helps balance out the strong flavor of espresso as you drink it.

If a bigger coffee company like Starbucks ever gets their hands on this recipe, they’ll add tons of colored syrup to make it look more attractive. But that hasn’t happened yet, since condensed milk is one of the last things that most Starbucks lactose intolerant customers want to have on the menu. But there is still hope since there is a version of the Cafe Bombon that’s been a local favorite in Tenerife for many decades now.

If you’re a fan of traveling to exotic places you might have heard of the Canary Islands. It’s an unlikely spot where you find the Barraquito coffee and has a kick like nothing else. It’s nearly identical to the Cafe Bombon recipe and contains espresso and condensed milk, but the added bonus is frothed milk and Licor 43. The added flavor of Licor 43 combines the tastes of vanilla and fruity flavors.

Visually, it separates into 5 separate layers instead of the 3 layers that a carefully-made Cafe Bombon. And even though, Tenerife is located off the coast of Africa, it’s a Spanish settlement. But that’s still a very long way from Valencia, so any connection to the Cafe Bombon is more than likely a coincidence. Those who’ve been to Tenerife will be more included to add Licor 43 to their Cafe Bombon than anything else.

What Is The Best Way To Make A Cafe Bombon At Home? 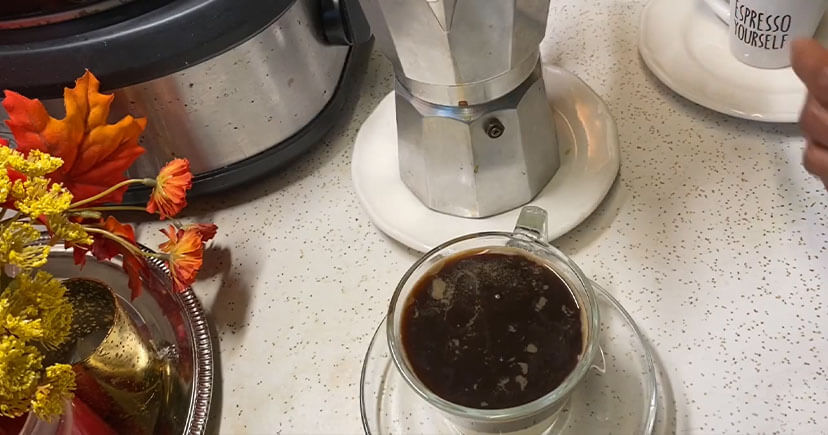 You’ll certainly need an espresso machine in your home that makes espresso from capsules, or from a Moka pot. The reason for this is to get the crema that appears on the top of your espresso. As this is added to your cup halfway filled with condensed milk, it will stay at the top allowing the cooler milk to stay at the bottom. The remaining crema rises to the top making 3 individual layers.

You can add sweetness and flavoring as you like, but the original recipe needs to stick to these two basics. Try adding vanilla flavor to whipped cream if you don’t have real espresso. This will look a little bit like the espresso crema. You don’t need to warm up the condensed milk, so this should be lightly chilled when you pour it.

There are a couple of options that both include condensed milk. If you want to add soy or milk substitutes, you just won’t get the rich flavors that will make your espresso go down any easier. But here are the two most common recipes you can rely on. 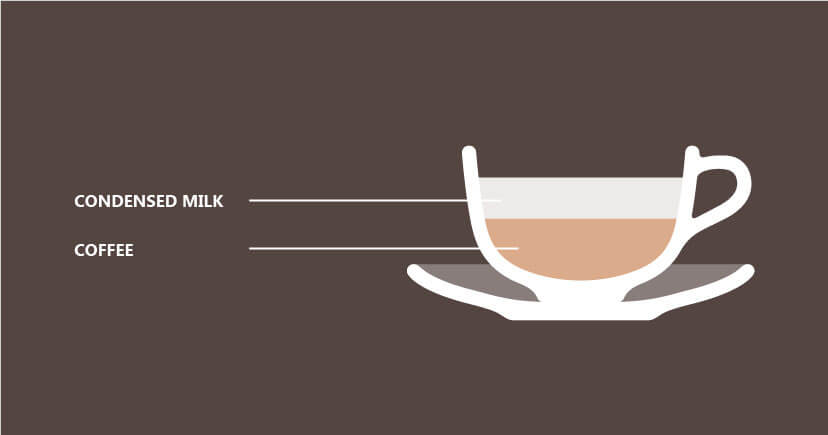 Brew your coffee to get the best results using a pour-over coffee method. This will give you a stronger and better-tasting coffee than drip-brew. Add condensed milk into a coffee cup and fill halfway. Now add your coffee slowly until it rises to the top. Add a little whipped cream mixture into the espresso to get a crema-like layer on top. 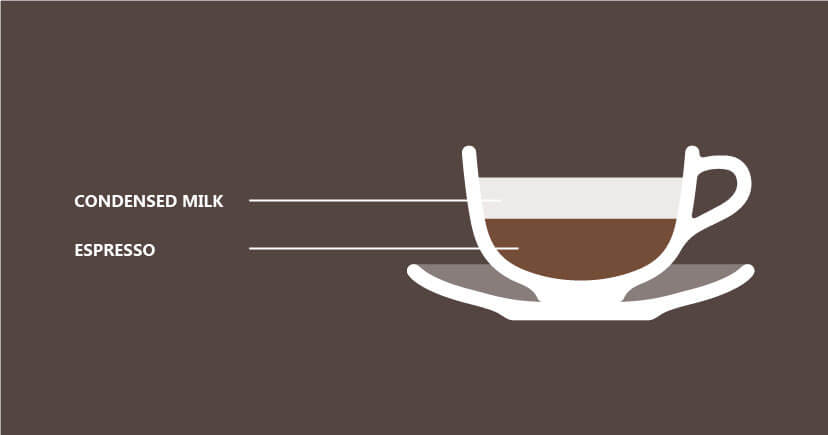 This method is the best for getting the crema that forms on top of any machine-made espresso. You can also use a Moka pot to get similar results. Grab a coffee mug and add your condensed milk halfway to the top. Then you can add your espresso slowly until it reaches the top. The crema will rise naturally, but a great tip is to pour this into a clear mug so you can see the color separation.