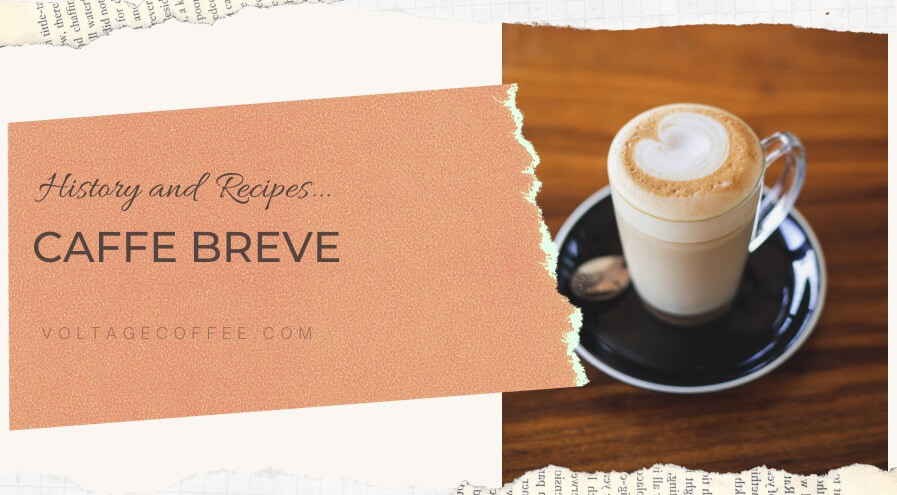 When you go to a coffee shop and order a Caffe Breve, you’ll notice that it’s a lot richer tasting than a typical cappuccino or latte. But what is the secret that makes everyone come back for more after trying this decadent coffee drink?

The Origins Of Caffe Breve 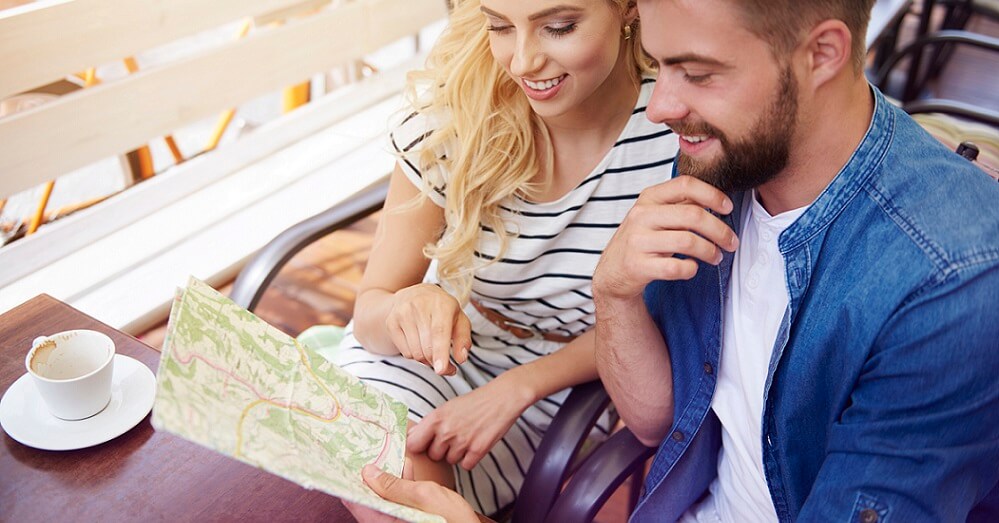 The exact origin of Caffe Breve may have its roots in Italy or France, but the reality of half-and-half only being introduced to the American public on a wide-distributed scale goes back to the late 1960s and early 1970s. If you have the early 1970s revised edition of the Betty Crocker recipe book, and its proof you’ll see the mention of half-and-half suggested in this classic cream puff recipe. So needless to say that half-and-half was widely used in American homes throughout the 70s.

It would be completely honest to say that half-and-half added to Caffe Breve is a variant of the Italian Latte, but instead of steamed milk, it contains half-and-half. Now here’s the interesting part about using half-and-half. It’s a lot harder to foam up than regular milk so the froth that results will be very sparse leaving little foam on top of your coffee. For this reason, it can be tricky, even for trained baristas who’ve never tried frothing it before.

The Invention Of Half-And-Half 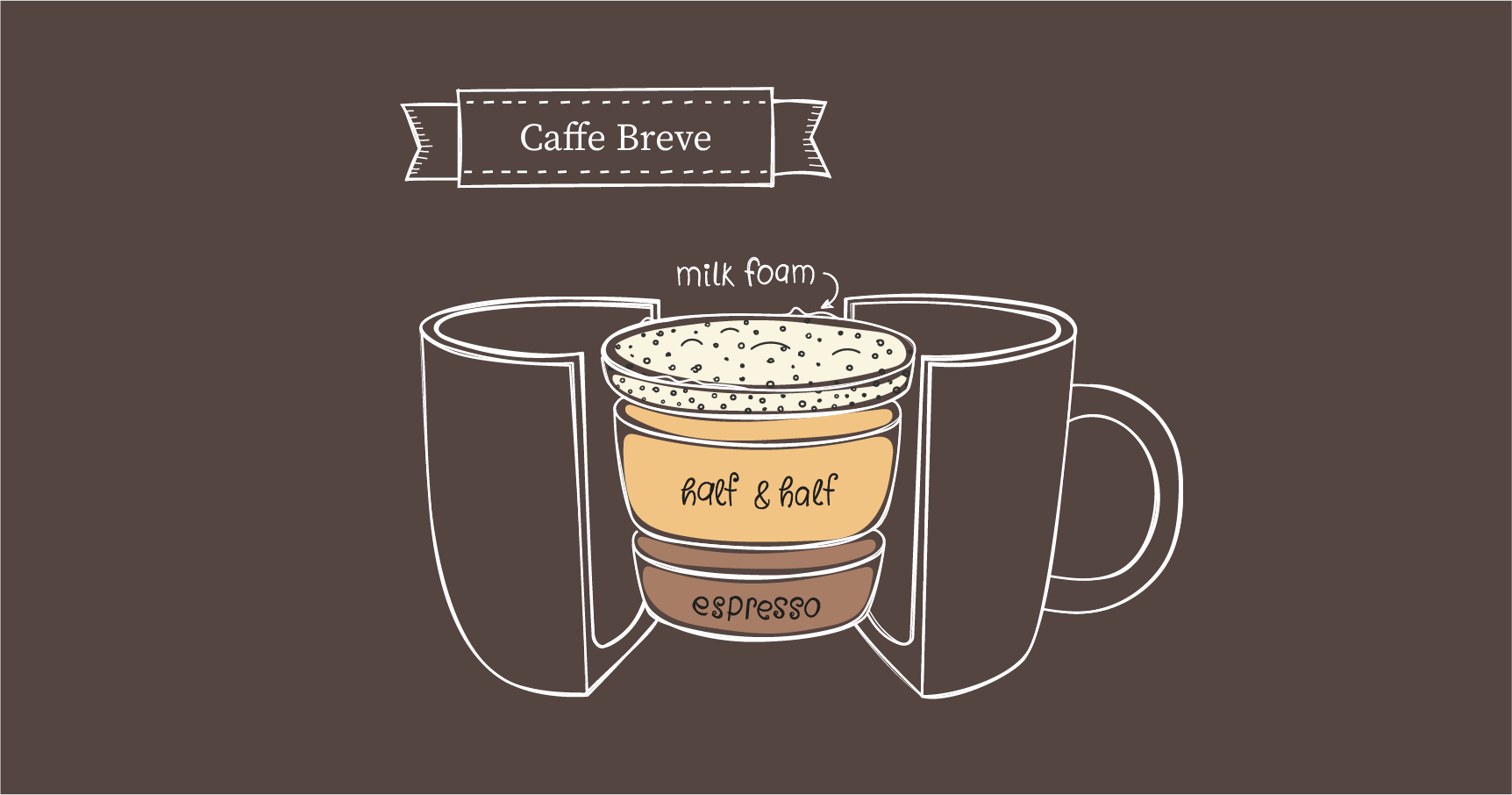 This is totally different than regular milk but is still milk-based. It’s made from half whole milk and half heavy whipping cream. The original mixture was first introduced by William A. Boutwell in 1927 and was responsible for running the Boutwell Dairy in Lake Worth Beach, Florida up until 1956. After that, it took a whole decade before half-and-half was finally added to many other milk products that you could buy at any store or market after that.

The story of Mr. Boutwell is indeed his fruitful labor that began in 1927 with only 5-acres and just a small herd of 100 cows. At that time, he had gathered no more than 75 customers within the Palm Beach area. At that time it was known as Lake Worth Beach and his customers were treated to a new dairy creation which he called half-and-half. This was perfect for creating thicker sauces for cooking and was also sweeter than regular milk.

Because of his connections with the city commission, he serves as vice mayor to the region from 1924 to 1927, further allowing him to secure land and cattle for his new business enterprise. Not only did he serve as a city commissioner, but he also spent some time serving on the Palm Beach County School Board. He retired in 1956, however it wasn’t until 1965 that he sold his half-and-half business. The rest is history, or is it?

In 1965, another major creamery in Palm Beach, Florida was established in 1930 was among the first that made the move to buy the new product that Boutwell had invented in 1927. There were many local dairies that Alfar bought from directly but it was Boutwell’s Dairy that finally merged in 1963 and thus became Alfar-Boutwell Dairy. It was owned by William Boutwell until he decided to sell the business in 1965.

Incredibly enough, they settled on the sale of the company for just 1-million dollars, which is worth $8.5 million today! Only a few years later this company was sold to the T.G. Lee Dairy in Orlando which allowed half-and-half to find a broad spectrum to the milk and dairy market. But the bigger question may perhaps be related to the first sue of half-and-half used in Caffe Breve. 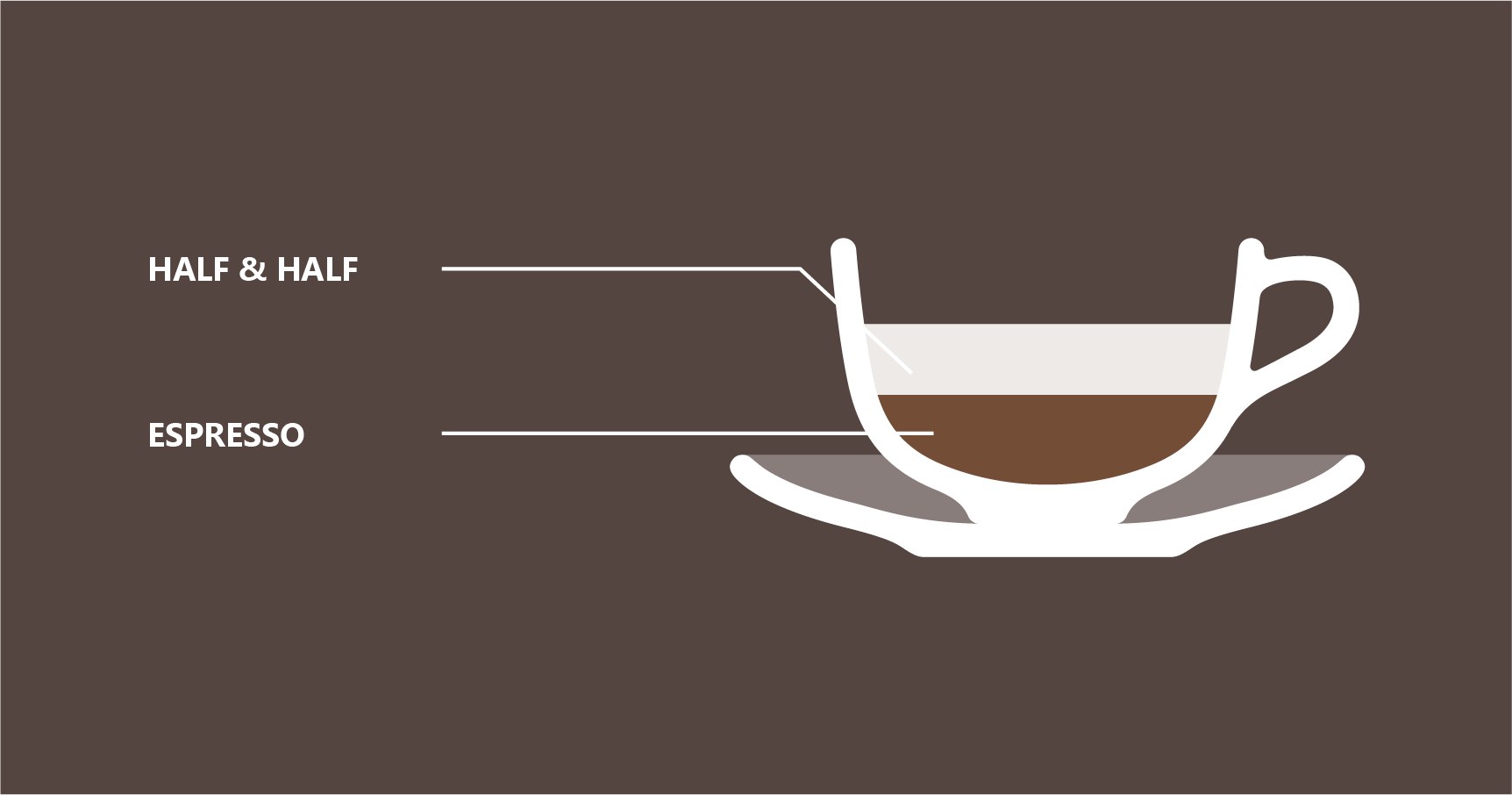 Take your cup of half-and-half and steam this using an espresso steaming wand for one minute. It will be best to angle your cup so that the steam helps to move the half-and-half faster while it warms up. To get the froth to form at the top, allow the want to catch air near the top of your cup, but keep the want at the level that your liquid is being pushed down by the steam pressure. 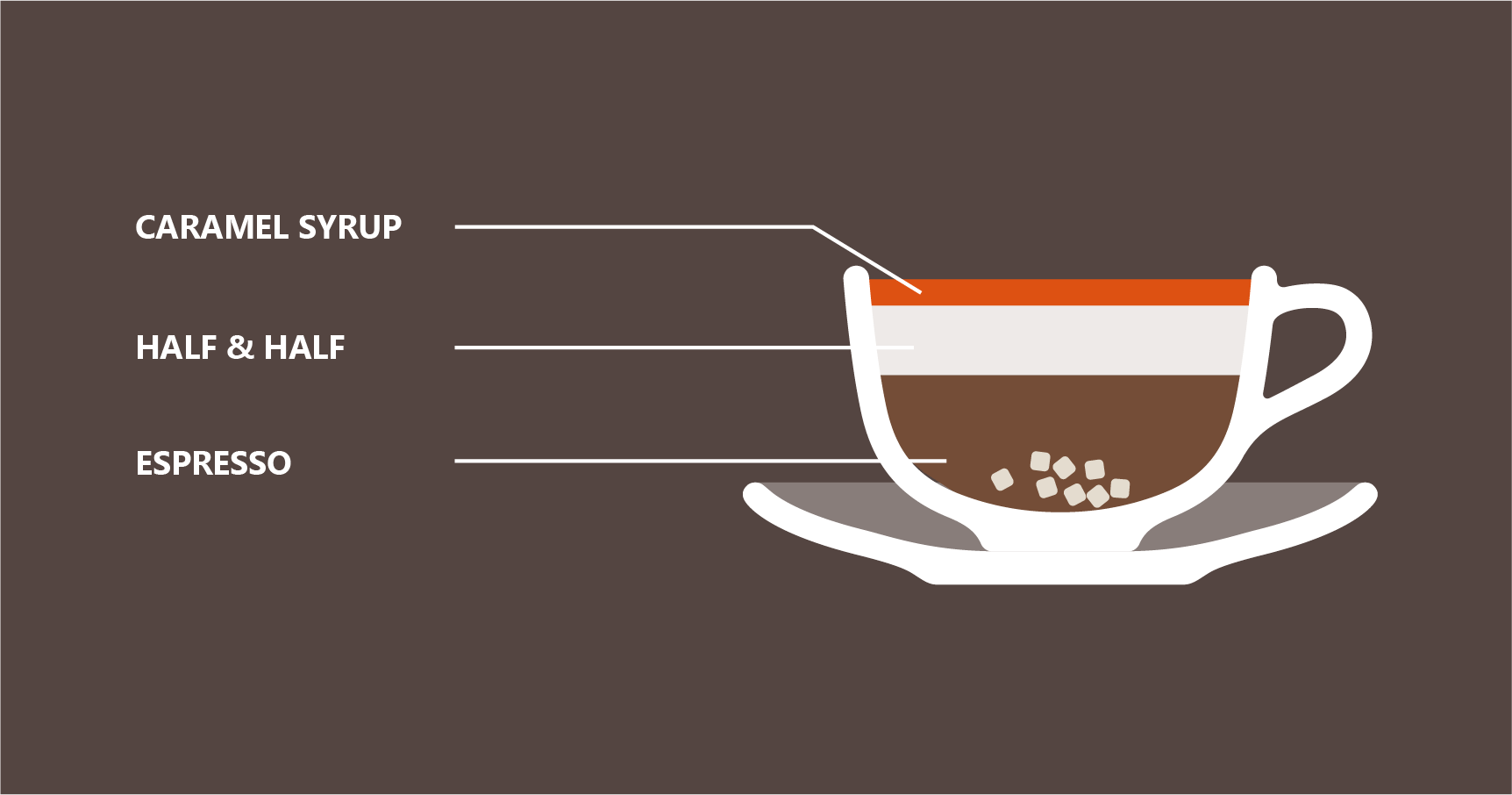 Brew your espresso how you like and add this to a tall drinking glass. Now add half a cup of half-and-half into a blender or smoothie maker. Add your syrup to the mixing vessel and then mix it on high for one minute or until the mixture becomes frothy. A pro tip is to add 1 tablespoon of unflavored gelatin to act as an emulsifier. 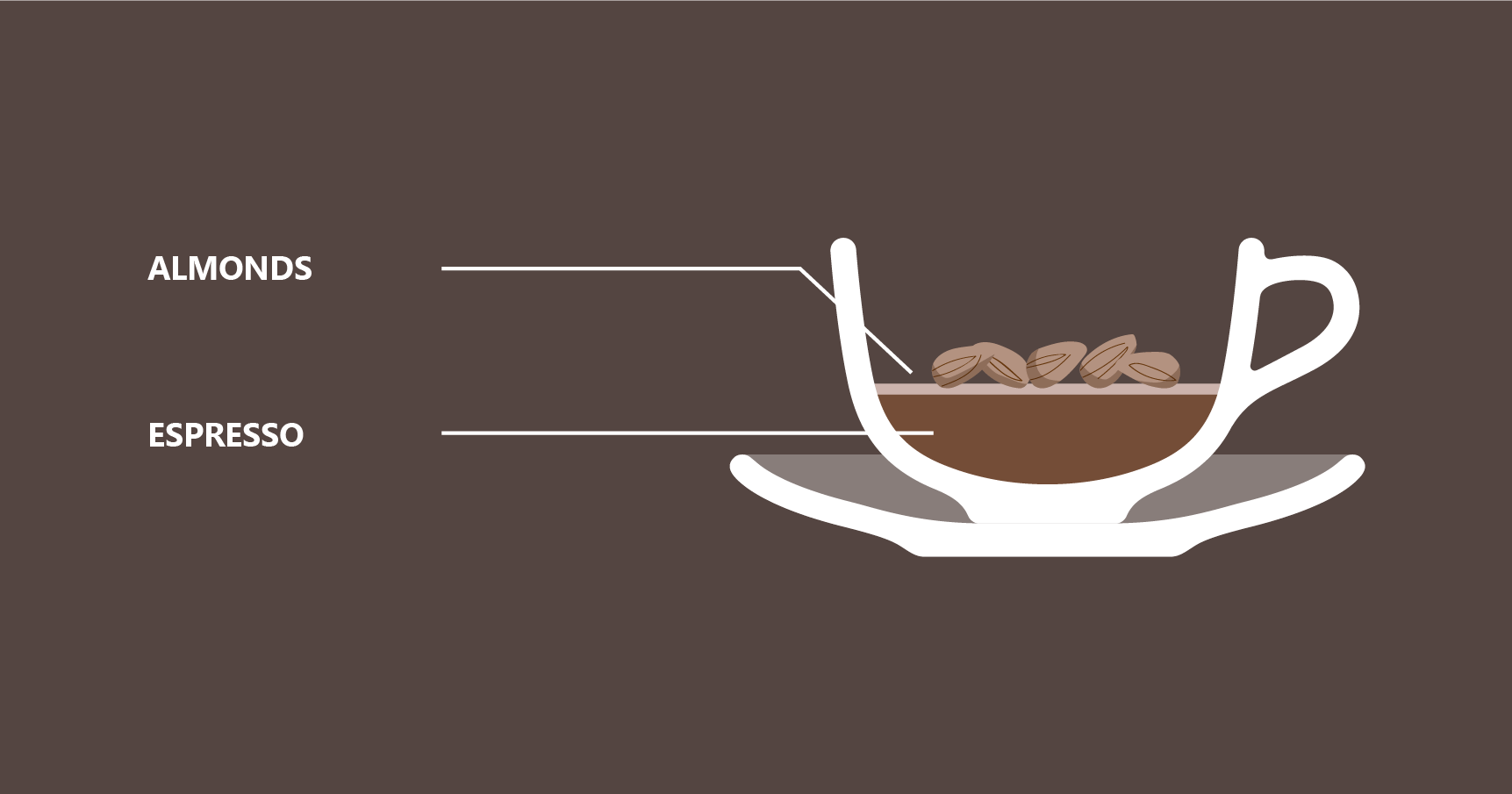 First, start by soaking your raw almonds in warm or hot water for 1 to 2 hours, so they will soften up. You can use room temperature water that will take 4-5 hours to naturally soak the almonds without using hot water. After this, drain the water and add the almonds to a blender and add less than cup of fresh filtered water. If you want to have a thicker cream, use &frac14; cup of water, and then add more water as you go- to get the thickness you want.

Brew your espresso and add this to a large coffee cup. Go ahead and grind your almonds and water in your blender until it’s totally creamy and there are no chunks whatsoever. You can add vegan-friendly vanilla syrup to add more flavor layers. Now you can add this to your cup and mix it together until the coffee and almond blend is how you like. Enjoy!