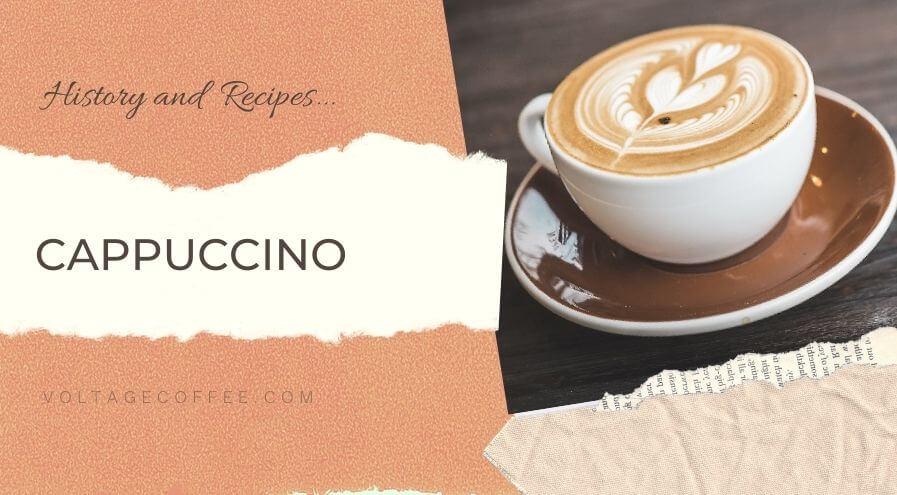 The first mixed coffee item you’ll see on the menu at any coffee bar or café is going to feature the iconic cappuccino. You can learn a lot from history about how this often mistaken drink came to become a worldwide favorite. 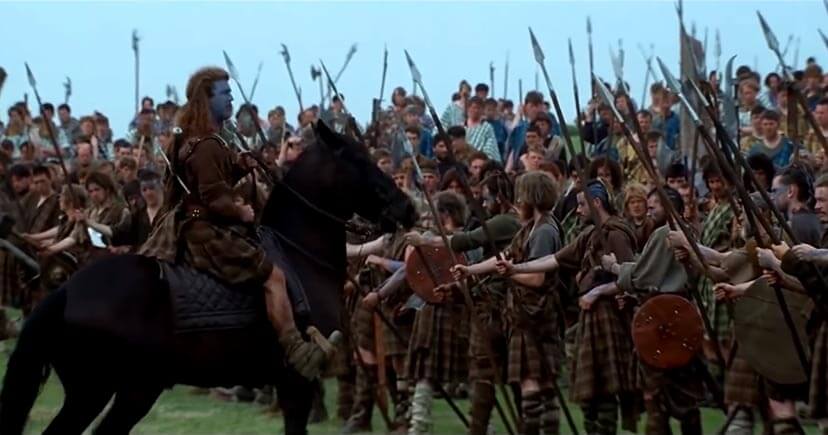 According to the history of Austria and specifically the 1683 Battle of Vienna, there were elements of what could be considered a contribution to the creation of the cappuccino. Some historians believe it was the dedicated efforts of the Holy League that eventually defeated the Ottomans. Alas, the offshoot of this battle was an incredible discovery among the Holy Roman Empire.

It seems that the advancing Ottomans abandoned their huge stash of coffee beans which they brought with them. The Roman Army then tried them in by making coffee but found the beans to be too bitter tasting. A quick fix was to add sugar and cream to the mix which made this new coffee variant much tastier for the soldiers. The resulting color reminded the soldiers of the color of the Franciscan monks’ robes that were led by Marco d’Aviano.

This is where many of the myths of the Battle of Vienna get cloudy since Marco d’Aviano was a spiritual advisor, but certainly not a psychic reader. Marco would not have known what the results of the invading Ottomans would have become had it not been for his devoted faith. As a trusted advisor to Leopold I, the Holy Roman Emperor at that time, Marco is rumored to have given the ultimate Braveheart’ speech before the battle that day.

The truth is actually more subtle than that since most situations develop over time and will trickle down through selective channels. Since Marco was an advisor to Leopold I, he would have known the advancing Ottomans attack was on the horizon months in advance. Therefore, newly discovered evidence suggests that Marco encouraged Leopold to form an alliance between the Protestant and Catholic armies of that time to unite together as one unit.

The shared similarities between these two faiths are what made this Holy Army unify into a super-army that launched a combined total of 18,000 horsemen against the Ottomans. The result was perhaps the scariest thing the Ottoman army had ever seen and retreated without trying to take any of their equipment and supplies with them. In short, the Ottomans retreated without taking anything back with them.

While the discovery of a new type of coffee bean was a big plus for the Viennese, it doesn’t actually detail the creation of the cappuccino very much. And though Marco d’Aviano was eventually honored with beatification by the Vatican in 2003, some religious experts feel this unification was against Islam. A lingering argument proposes that Marco urged his influence to the Roman Emperor to rally armies against Islam as a preventative crusade.

The church insists that Marco shared no political or religious intent by his gesture, but let’s not kid ourselves here… The invading Ottoman Muslims weren’t known to be cheerful and friendly. They enslaved thousands and saw every non-Muslim woman as an infidel sex slave. Perhaps the Vatican can look past this historical fact in favor of celebrating Marco’s goodness and lifetime achievement award.

Some coffee stories just don’t get as good as this, but the real secret that cappuccino is that it was already a traditional Viennese coffee drink in the early 1700s. It was commonly served with one part coffee and one part cream with a bit of sugar added for a sweet taste. This innovation was documented well and was commonly known as the Kapuziner. This is further solidified by the monks who shared Latin books referring to Capuium.

It literally translates to ‘something hooded’ (like a monk) where it was further modified into cappuccino by the Italians. This translates to small capuchin or something you can consider to be ‘small hooded’. The German and Austrian-speaking people translated this to Kapuziner. Not too far from what the cappuccino has evolved into today since the addition of steamed milk and froth is similar to the cap of whipped cream.

The fact that the Austrians had invented the first cappuccino well before the Italians took credit for it is a whole other story.

The Invention Of The Espresso Machine 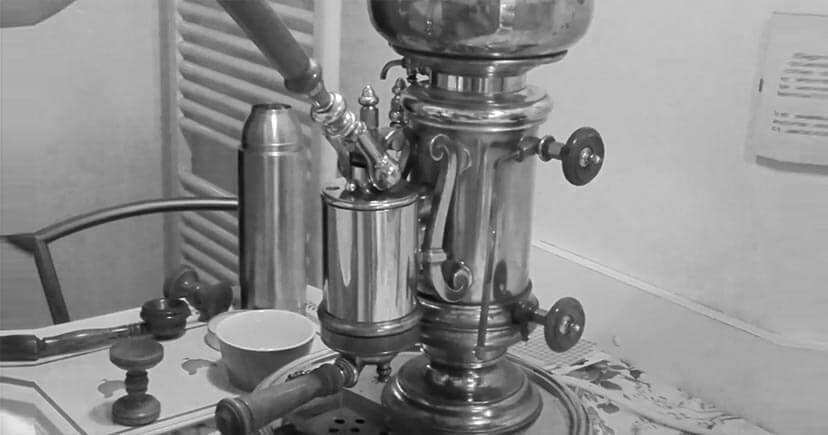 An Italian inventor, Angelo Moriando is the first who developed a curious machine that could brew espresso using steam power. This machine was surpassed and improved by Luigi Bezzera with his espresso machine in 1901. It went onto become a stable of coffee shops after unveiling its new design at the Milan International Fair in 1906. It wasn’t until 1938 that Giovanni Achille Gaggia introduced the first espresso press.

This was the very first that didn’t use steam power but could allow a lever to produce up to 9-bars of pressure or more to create the ultimate espresso that introduced the crema that sits on top. Coincidentally, it was Bezzara’s machine that came with the first steam wand that could steam milk and could further make the modern cappuccino possible. It wasn’t until 1960 that Ernesto Valente finally added a motorized pump to espresso machines.

This allowed his machines to maintain the right pressure for both espresso and the steam wand. This gave many coffee shop owners better control of their espresso machines that give cappuccinos a proper home in any café. Ever since then, the popularity of cappuccinos has grown even more with the addition of home espresso machines you have in your home. 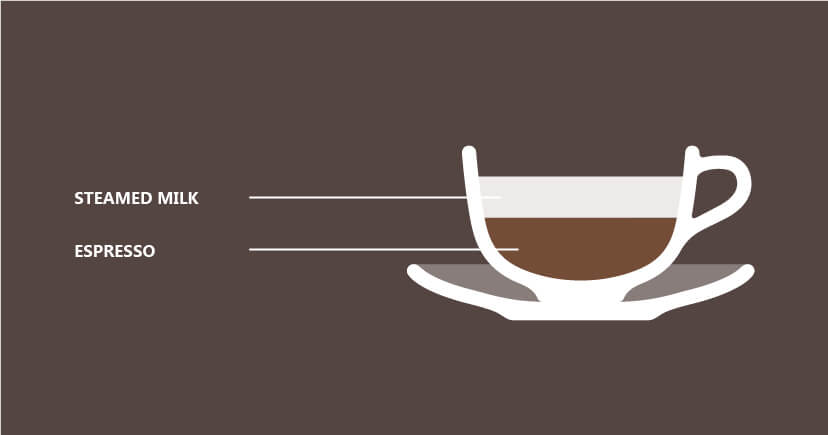 Taking a standard coffee cup and brew one shot of espresso. This is poured into your coffee cup. Cold whole milk is added to a metal mixing vessel and is steamed for less than one minute. The milk can allow more frothy foam with a mixed micro-foam texture. The first thing that you add is the steamed milk which should not exceed the amount of your espresso shot (7-9 grams) worth of liquid with an equal part of steamed milk.

The rest is topped off by spooning the remaining foam on top of your cappuccino. As an extra, you can add some spice or cocoa powder. 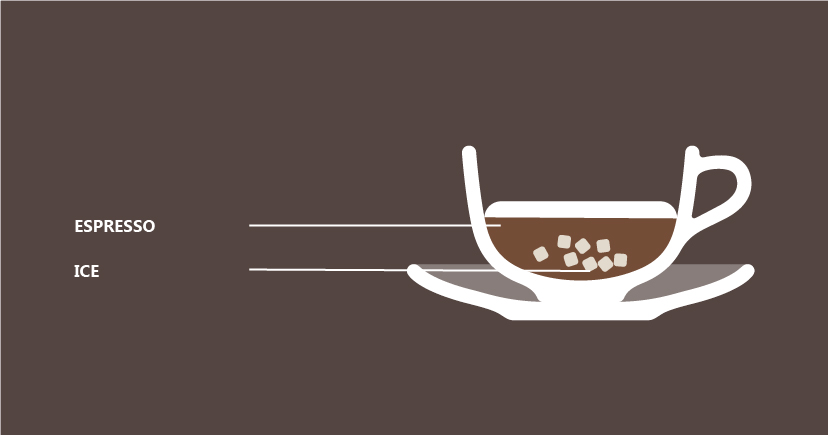 This Greek variant starts with a single shot of espresso that is poured into a cocktail shaker. One cup of ice is added while the espresso is still hot. Now place the top onto your shaker and shake it violently until it starts to mix and froth inside the shaker. It should take less than 30 to 40 seconds to get a good foam. Now pour this into a small beverage cup and top and allow the foam to rise to the top. Add sprinkles or cocoa or nutmeg to the top. 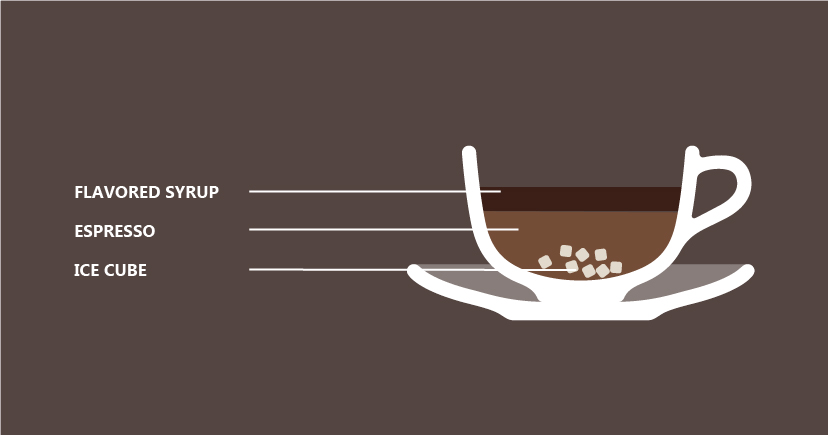 This is the Italian version of the Freddo which is a lot like a frappe iced drink. This version is iconic for Italy with more Ommphhh for flavor and texture. Brew your double shot of espresso and add this to a cocktail mixer. Now add 1 or 2 squirts of your favorite syrup into the mixer vessel likewise. Now you can add one cup of chilled ice cubes and put the top onto the mixer. Shake the mixture until you feel that the coffee has foamed up nicely.

Pour into a tumbler cup and let the foam rise while you get ready to enjoy. Top this with nutmeg, cocoa, or pumpkin spice, and enjoy!