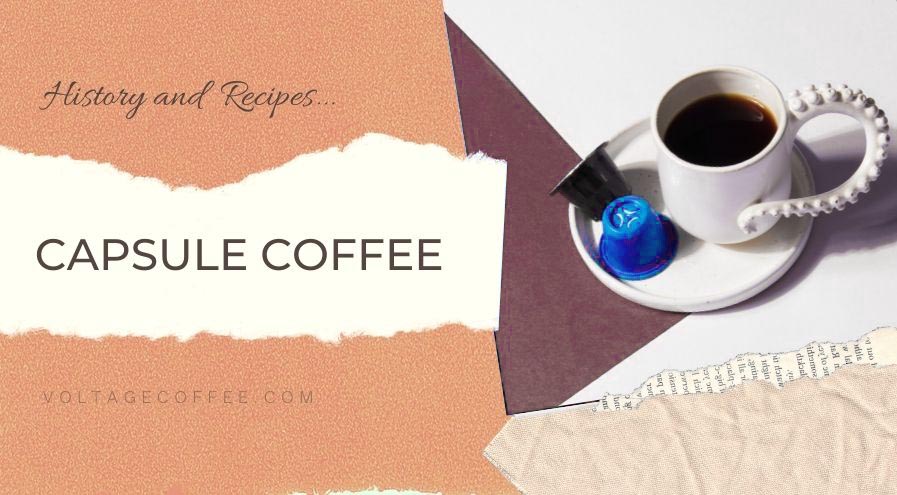 Capsule coffee is one of the newest innovations that makes brewing coffee and espresso without thinking about brewing times and is mainly for convenience. You won’t believe the reason that it came to be, aside from being one of the most widely known modern kitchen gadgets.

From Truth to Dare 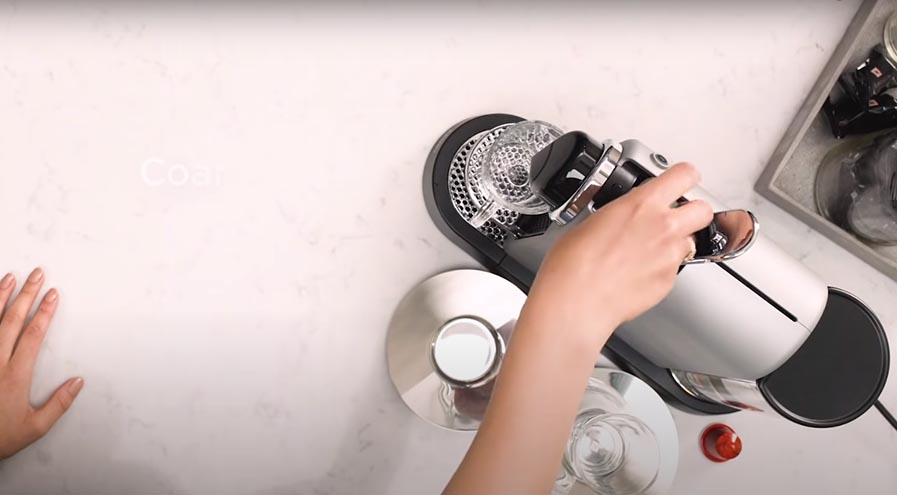 It’s no surprise that capsule coffee was originally dominated by Nespresso, but after countless court battles over patents and licensing, that’s only the beginning of this story. The origins date back to the mid-1970s. Érik Favre, an engineer working at the Swiss-based headquarters of Nestlé initially started in the packaging department. His goal was not to make a career for himself for a multinational company, but something totally different.

It seems that his Italian wife Anna-Maria continually teased him and the Swiss method for making espresso. She continually criticized him that the Swiss version tasted bland compared to the Italian espresso.

“I wanted to prove to my wife that I was capable of making the ultimate espresso,” Favre revealed in 2020.

This continual harassment ended with a challenge for Érik to make the ultimate espresso that would finally appease her continual nudging that he took very seriously. This led to a master plan that landed him a job at Nestlé.

Despite his wife’s unintentional complaints of Swiss espresso, it seems fairly obvious that she was being sarcastic while having great pride in her Italian heritage. As many Europeans know, many who have traveled to Italy will remark at the tenacity of the Italian woman for her ability to gab and have plenty of guff. Yet, Anna-Maria had no idea what her husband was planning in return that would change the coffee world.

The Proof Of Concept Is Revealed

The salary that helped fuel a quest began as a trip to Italy. Unbeknownst to Anna-Maria, it was Érik’s curiosity to discover what made Italian espresso so different. They sampled espresso from many cafés all over Italy, but it was during a visit to Rome that stopped Érik in his tracks. They found one location known as Cafés Sant’ Eustachio which had a line around the corner. Érik needed to know what made this espresso so darn popular.

Once they finally got a cup of this mystery espresso, it was also remarkable in taste, texture, and overall top-quality. It was also prepared on one of the older-style four-piston coffee pump machines. Considered an antique by today’s standards, the cafés was run and operated by a fellow named Mr. Eugenio. His method was very different than other baristas who used a single pump to pressurize the coffee while it’s extracted.

Mr. Eugenio included a style that would pump the piston 3 or 4 times while it gets extracted. This added extra air into the espresso and created a thicker and foamier crema. Being an engineer by training, Érik now understood that adding air into the espresso would increase the oxidization of aromas and allows essential oils to be further extracted.

“It’s chemistry: oxidation brings out all the flavours and aromas,” Favre explains.

He now had the information that he needed to put his plan into motion.

Because his packaging position at Nestlé gave him instant access to the Research and Development (R&D) and could keep in direct touch with the sales, marketing, and production departments. He bought his time that first year very creatively and quickly constructed his prototype machine with a little help from the R&D department. This Doc Brown-inspired machine combined air plus water plus coffee oils to create frothy espresso.

Érik proudly unveiled his invention to Nestlé which received a little more than a pat on his back. The company’s flagship product at that time Nestlé was the number one instant coffee granule brand on the market in 1975. Additionally, the Nestlé Company didn’t have the foresight or the need for an espresso machine, let alone putting money into developing a machine like this.

Despite this setback, Érik kept his machine and his new brewing method a secret from his wife Anna-Maria for the next decade. He set himself to be a dedicated employee and his time finally paid off. The next phase for Favre’s invention began in 1985 when the head director at the Swiss headquarters of Nestlé Helmut Maucher’ gave Érik some hope. It seems that Helmut felt it was time for a new product to emerge in the coffee market.

The director gave Érik the go-ahead to officially begin a new project called the Nespresso, and Érik would directly oversee this as a subsidiary of Nestlé. The very first coffee pod products would soon enter the market the next year in 1986. Of course, Érik’s wife was thrilled to hear the news that he had kept a secret for 10 years. The kind of respect that would later give him further credit in his efforts to make the ultimate espresso! 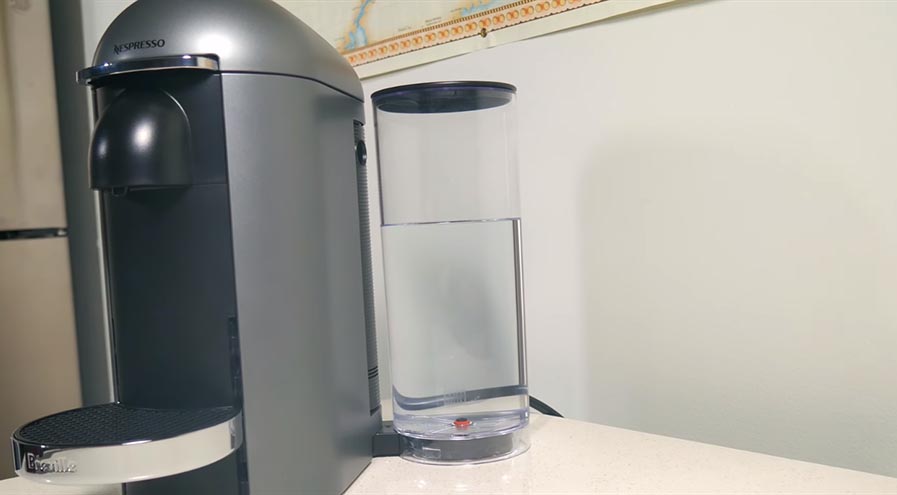 Despite testing new machines modeled after Italian designs, two new models were then sent for testing at the Nestlé companies in Switzerland, Italy, and Japan. The initial idea was to market this new machine to companies that specialized in bars, hotels, and offices. This new capsule-driven system was then marketed in 1986 with little fanfare. This led the Nespresso subsidiary to market this new system as a luxury coffee maker for home use in 1988.

It took another two years before Nespresso machines and capsules hit the stores in France and the US. The product simply wasn’t catching on and through more assorted patent woes, Érik was forced to leave Nestlé and the Nespresso offshoot in 1991. With the full support of his wife Anna-Maria, he went on to create Monodor, where his wife sat on the committee as a board member.

As time went on, both companies did well but it wasn’t until Monodor joined forces with Lavazza and a Swiss coffee giant Migros (aka Delizia). This allowed Érik to endure the nearly endless court battles that were spurred by Nespresso about the patent claim of 1991. This was finally resolved in 2012 somewhat but asserted that Nespresso was the rightful inventor.

It wasn’t until 2003 that Favre and the CEO of Nestlé Peter Brabeck could finally come to an agreement. Since then, Érik has written books on his experiences while launching new espresso capsule machines to companies around the world. Nearly all of the machines that use coffee capsules are based on his invention and process. His wife Anna-Maria has since given him much respect for making the ultimate espresso possible on a global scale! 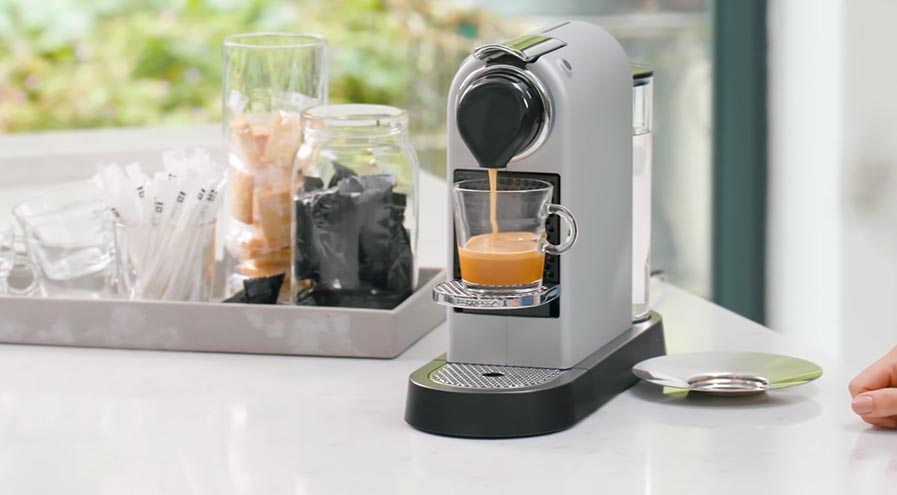 There’s not much to report here except that the brewing method begins with turning on a capsule espresso machine. A coffee pod is then added and a button is pushed. The amount of water and pressure that’s injected into each pod forces more pressure into each pod, making them expand slightly. This is what gives each pod sufficient pressure to become frothy espresso.

As the pod expands, it then comes into contact with sharp spikes that pierce the capsule pod. The espresso and remaining pressurized water are forced through the capsule. This is where you get a full shot of espresso into a waiting cup beneath the machine’s spout.