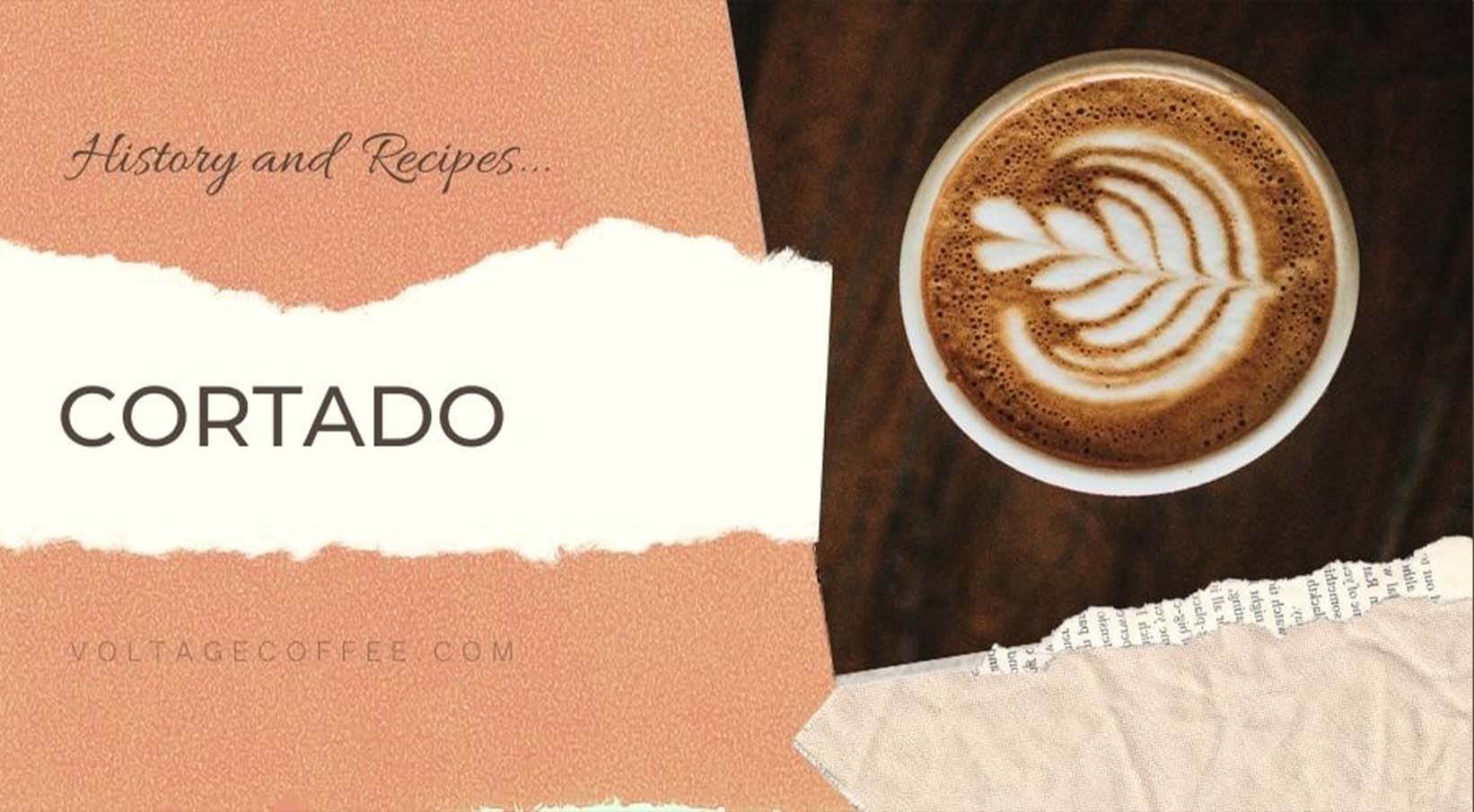 At first glance, you might mistake the Cortado for another Italian coffee drink, but you would be seriously mistaken. The Cortado originated in Spain and has Globe-trotted its way all over the world since then.

Basque In The Sun 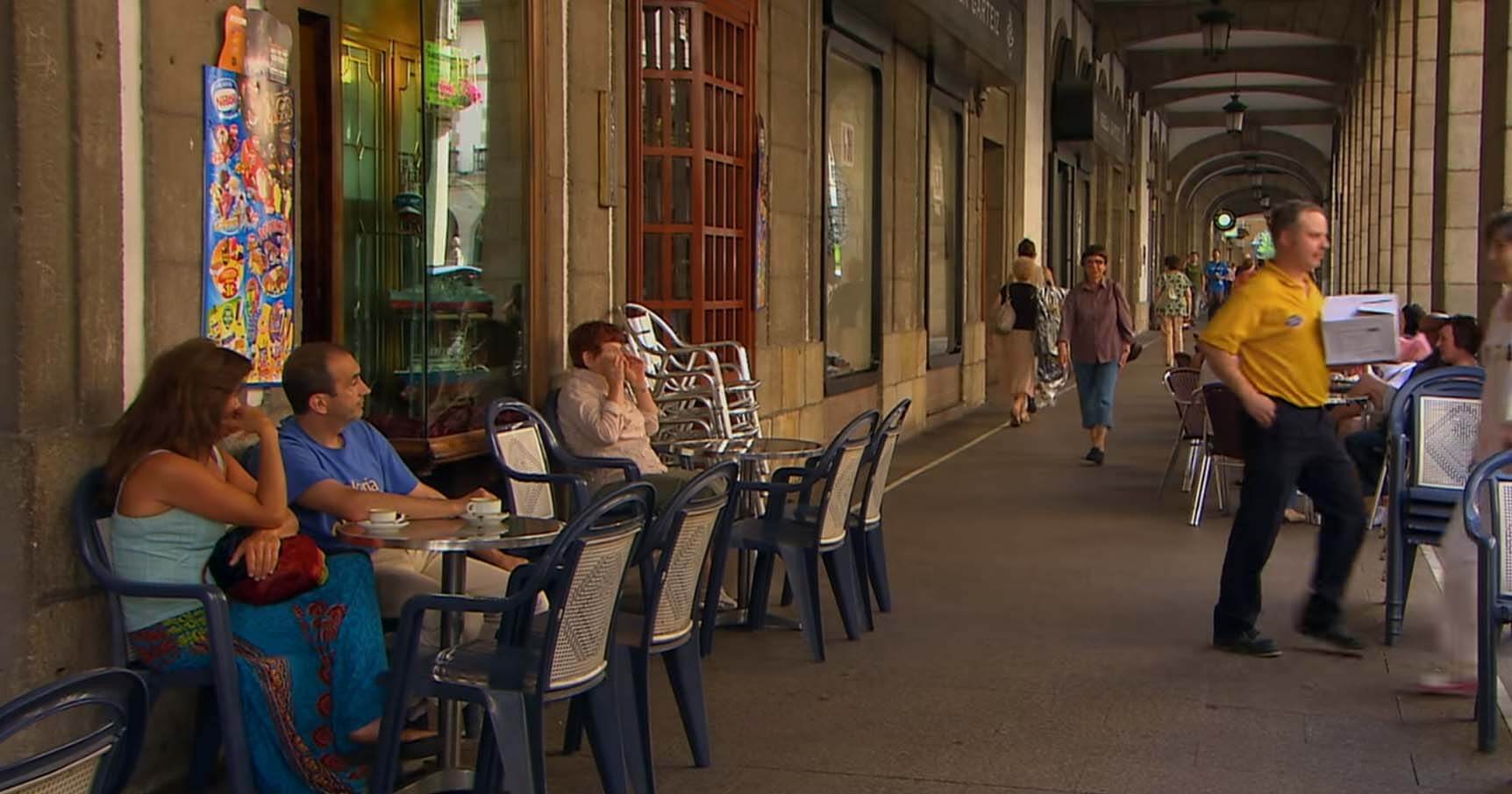 Of all the places you can go to in Europe, none is more relaxed than the Basque region of Spain. The coffee beans in this region are unlike any other across Spain and stick to a very strict roasting method. This method is called the Torrefacto roasting method and uses 15% of sugar to a roasted batch before they’re ground up. This tradition dates back to 1936 to 1939 at the time of the Spanish Civil War.

What this did essentially was coated the beans with sugar that would burn and coat each bean with a black sheen. Instead of making the beans taste sweeter, the resulting coffee tasted stronger with more bite than beans that weren’t roasted this way. This was an effort to help coffee beans during the civil war to last longer and help with preserving them for longer periods. The tradition stuck and is still practiced to this day. Just like today’s trendy IPA beer, preservation techniques that made beer taste more bitter have been revisited to change what we expect out of a weekday beer.

Unlike other types of European coffee, Torrefacto coffee is served in smaller amounts rather than having more water added. This means that most coffee from this region is considered bitter by most coffee critics, but those in the Basque region, like their coffee, are served with plenty of punch! A traditional Cortado, in all senses of the word ‘cortar’- which means to dilute or cut it with something to lighten up the taste.

In this case, it’s steamed milk that is added to give the espresso a mellow and pleasing taste that cuts the bitter aspect of Torrefacto-style coffee beans. Of course, these days you can still find this method still being used throughout Spain, France, Portugal, Paraguay, Mexico, Costa Rica, Argentina, Cuba, and Uruguay.

When Did The Cortado Gain Popularity? 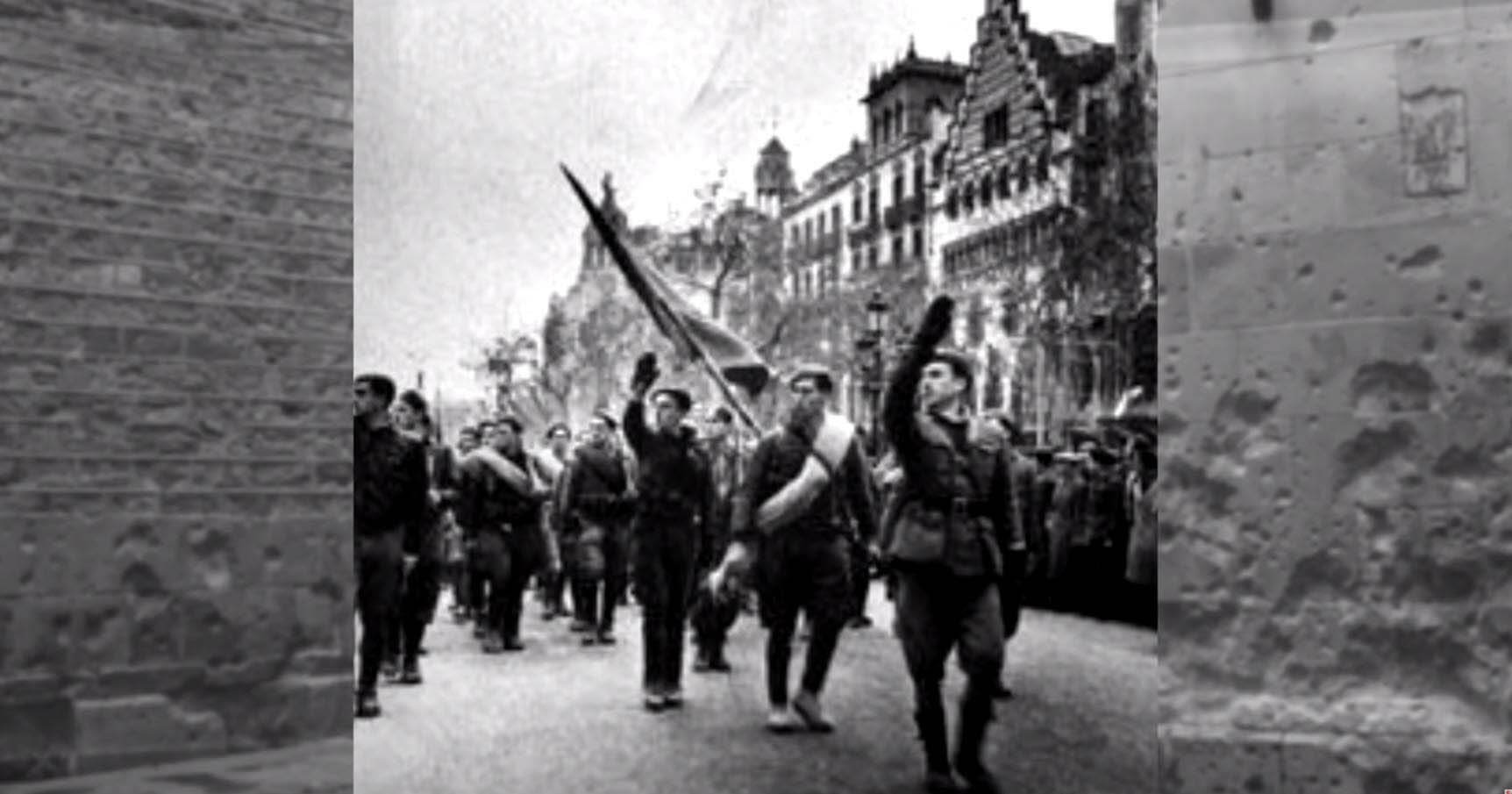 Before Cuba became a sad reflection of a country that was consumed by communism, it was an oasis for Spanish immigration from Spain. Many of the immigrants were leaving Spain for political reasons since Galicia and Northern Basque because of the First World War through the Spanish Civil War. This period spanned from 1870 to 1940 and many of these Immigrants represented the second largest community in Havana.

It was because of the latter end of the Civil War in Spain that the Cortado was first introduced in Cuba. Not until 1965, many Galicians who had experienced economic growth, but soon realized their dream of new-found freedom soon tasted as bitter as their iconic Torrefacto coffee beans tend to taste. Those who were smart enough to defect to Florida in the 1960s found that Little Havana would become a new home for the emerging Cortado.

This is the earliest that the Cortado first made its way to America. It was later renamed in San Francisco in the 1990s as Gibraltar by Steve Ford of Blue Bottle Coffee. Although the renaming of a traditional coffee was intended to be an inside joke, it quickly took off in Los Angeles, New York, and eventually London. This is widely dismissed by coffee drink purists since they aren’t making the drink as it was originally intended to be named.

What Is The Recipe For A Cortado? 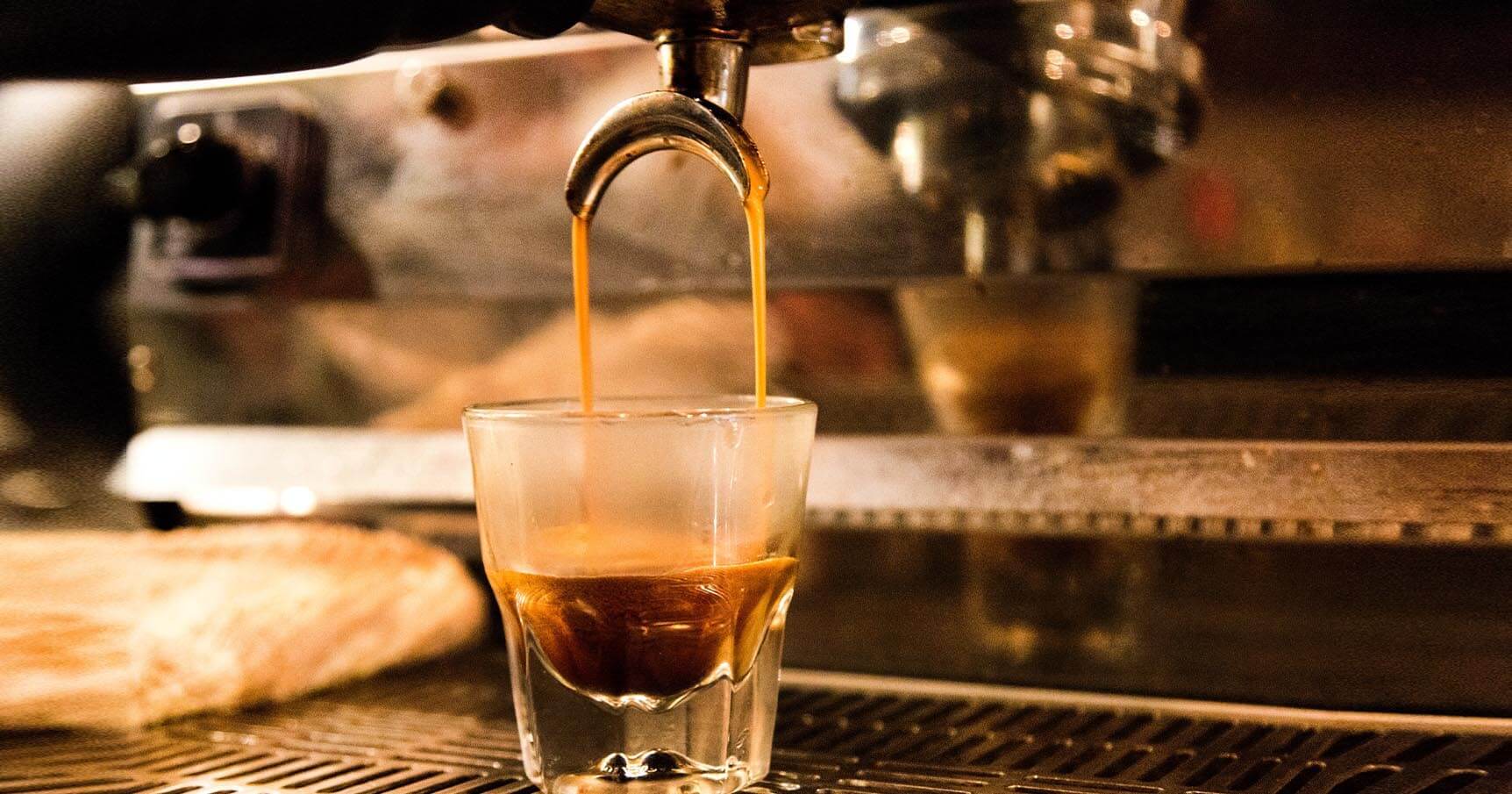 The recipe for making an authentic Cortado is incredibly simple depending on who you ask. We like to preserve the idealism of brewing methods and the type of beans that came from making an original Cortado taste so unique. It’s just not the same if you use anything else and would tend to muddy the waters of coffee history. Can you imagine drinking a New Orleans iced coffee without using chicory added to the coffee grounds?

For this reason, we recommend that you search for Torrefacto coffee beans. Many opponents believe that this method of roasting is making the beans taste worse. Even more than that some health nuts are saying this is dangerous to drink because of carcinogens on the beans. While some nut jobs simply want to blame the Spanish for trying to hide bad quality beans…

Whatever the case might be, a true Cortado has a taste profile that represents culture among the Northern Basque people. It’s a practice that is not only still in use today in Asia, South America, Portugal, and obviously Cuba. Whether it’s to preserve the beans for longer is no surprise, many home roasters will coat their beans with sugar after they’re roasted to give them a lighter and less offensive bitter taste.

The recipe itself is a 1:1 ratio with one part espresso coffee with steamed milk and served in an espresso cup. The steamed milk doesn’t have much foam, so the microfoam makes this drink taste smoother and similar to a latte. Many coffee fans feel this drink is closer to a Bombon (espresso with condensed steamed milk), yet it remains a coffee drink that is unique unto itself in the wide world of espresso drink mixtures.

Making A Cortado Recipe At Home

Finding some original Torrefacto coffee beans might be a lot harder to do if you live in the US, but not hard if you look around. We’ve included a decent link that provides a 100% mix of Torrefacto beans from Spain that you can blend and cut into a 50/50 mixture as you like. Many cafés in Spain are doing this to this day, due to the strong taste that Torrefacto is known for. 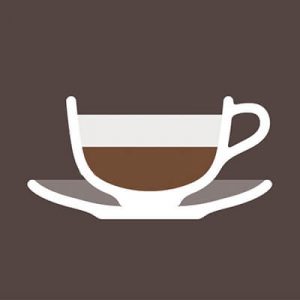 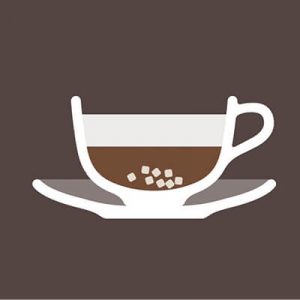