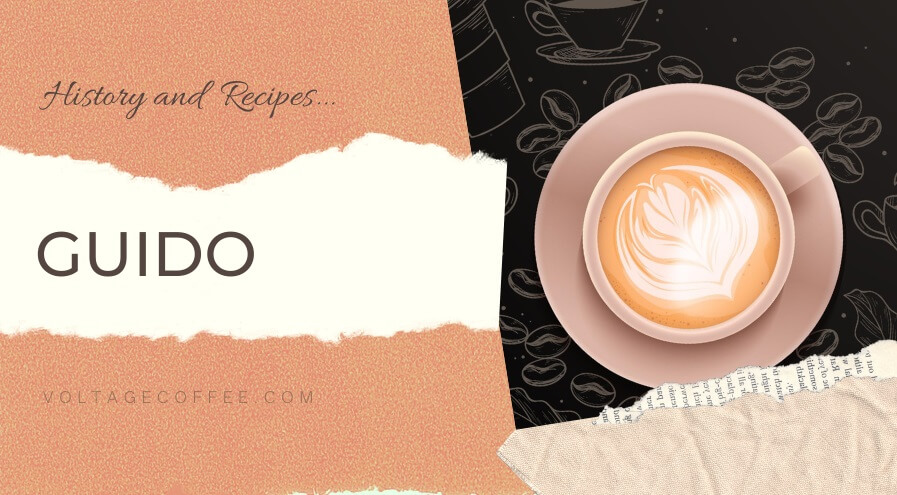 No matter how obscure a coffee name can become over the years, some concoctions go on to have iconic names. Here’s what we’ve uncovered on an uncanny espresso drink that is worthy of having a mention on the Sopranos. 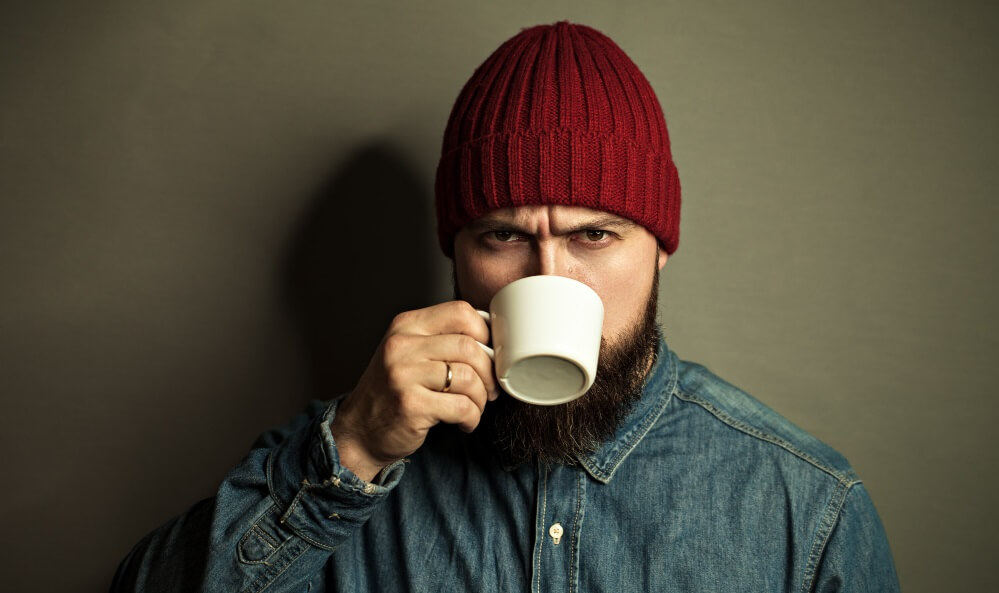 As you might already know, the term Guido’ is often used as a derogatory term to describe an Italian person. This is not always in a good way either since it has a sneaking connotation that that person is linked to a mob or is some foot soldier thug working for the Mafia. However your imagination takes root, the Guido espresso was born in California, in the most relaxed of places known as Pasadena.

As the story goes, a small coffee shop right off the Rose Parade route on Colorado Avenue was home to a unique blend of Grateful Dead-themed coffee drinks. No more than a stone’s throw from the world-famous Ice House comedy club located on the same street. As far as we can tell, the menu contained lots of standard espresso blends and coffee mixtures that were related to many Grateful Dead songs.

The owners were aging hippies who toured across the US in the latter years of Grateful Dead’s cult-like following. This tiny café was hidden away among the sprawling businesses that surrounded the streets. It was common that actors and Hollywood types would go to this cramped coffee shop for the coffee and nothing else. Aside from the offbeat Dead-Head’ décor the espresso was reportedly second to none!

Among the frequent visitors to this café was a lesser-known director Gore Verbinski who had just been replaced by Brian De Palma on the movie: Mission to Mars. Many espresso visits and stories could only reveal how three box office smash hits for the Pirates of the Caribbean series would affect his career. Perhaps directing The Lone Ranger wasn’t such a good idea, since he hasn’t seen a big hit since 2013.

The café was also a common drop for ex-bassist turned heavy-metal cosmeticians. Stories of ongoing beauty supply feuds gave a whole new look into the battle for selling bath bombs and high-end face creams. Even in the business of beauty, there are even shadier characters lurking in the shadows. You might say that the entire salon sector of the beauty business is controlled by a fashion mafia.

Yet one of the most critical points emerged when a visit by a neighboring city mayor gave a prominent coffee drink to the menu. It seems that this particular mayor would order the same espresso drink every Saturday and very specific on how it was prepared. It was three shots of espresso in a small espresso cup with two scoops of sugar added. Soon, the name the Guido’ was given to describe the drink to others.

It would remain a hit until the closure of the café nearly a year later. With that being said, other local coffee shops also added the Guido’ to their menus, all claiming their right to call it their own. Perhaps it was fate, but the ‘Guido’ is best reserved for those who enjoy a caffeine rush that keeps you going all day long. Some resident comedians from the Ice House comedy club have even commented on the ‘Guido’ in their stand-up routines.

Alas, this drink is still around depending on where you visit while in coffee shops in downtown Pasadena. Luckily, we haven’t found one that is willing to use the name. And this is especially so these days when the name alone might anger more than a few feelings online.

How Much Caffeine Do Three Shots Last?

This is equal to drinking 4 to 5 cups of regular coffee but in a single small cup. It will last you a total of 4-5 hours depending on how your metabolism. After this, the caffeine is absorbed into your system and is used for energy. You can also find this drink served at Starbucks and is called a Venti. Even though they don’t serve this by itself, it’s within a mixed drink similar to a frappe so the amount of caffeine is somewhat watered-down.

Most medical experts have warned that 6 shots of espresso can potentially be fatal to drink throughout the day. Let alone trying to drink these at once which could possibly lead to heart palpitations, insomnia, and panic attacks. Yet it’s safe to say that most people have built up a tolerance to caffeine since coffee and caffeine-laden energy drinks are so common for adrenaline junkies.

Are There Any Drinks Similar To The Guido? 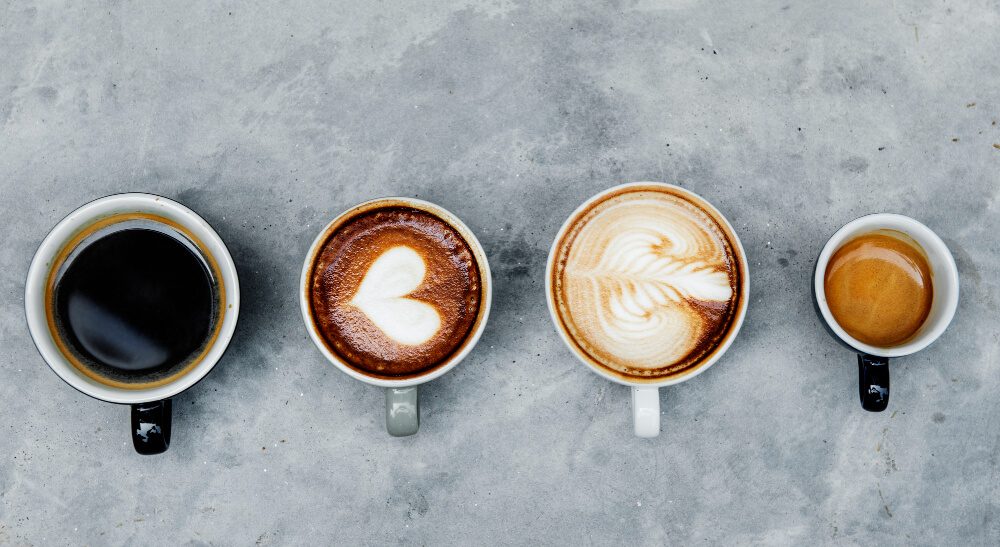 Not until you get into the category of the Black Eye or the Dripped Eye recipes, do you find 3 shots of espresso… What makes the Guido very different from others is that it’s straight-up an unmixed drink. The main difference is that it’s not added or diluted with drip brew coffee. Just like ordering a Doppio, a double espresso is standard at any coffee shop you go to. To order a triple shot, you’ll need to ask for an extra shot for your Doppio.

Or simply ask for a Guido and tell your barista about the story. Perhaps they’ll have a better name for it that’s considered politically correct, or simply order a triple espresso by itself. Whatever the case might be, now you know there is such a thing as the Guido, and perhaps it might make you jump to your feet and make one for yourself. 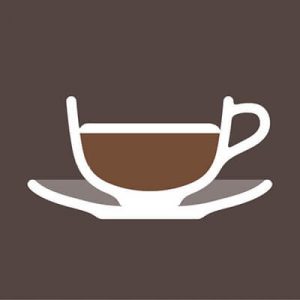 If you have a home-based espresso machine, just make 3 individual shots and enjoy. See here for additional devices you can use to yield espresso type coffee.
Keyword guido 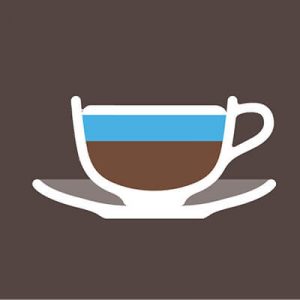