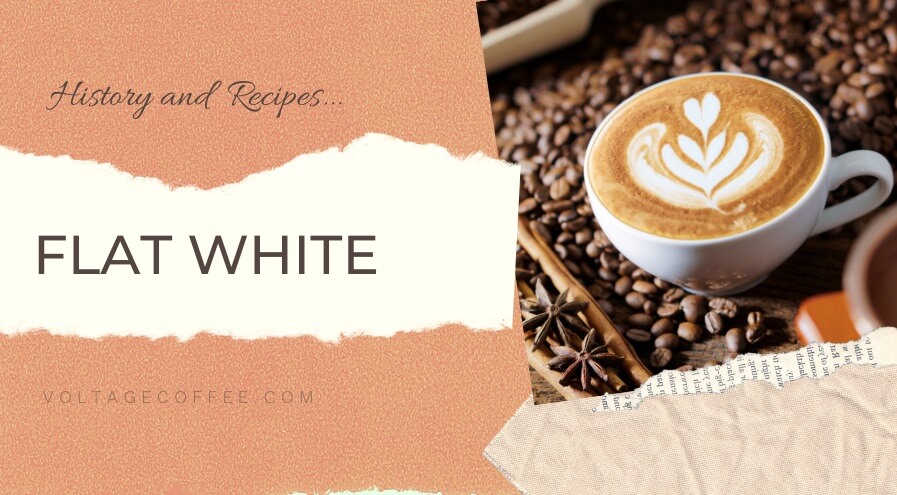 Flat white coffee is an alternative for those who don’t want the typical dry frothiness of a cappuccino but also want to have velvety smooth milk with a bit of froth. This is where the flat white is given its own category aside from the cappuccino or latte.

The Accidental Invention of the Flat White Coffee

Few people who are familiar with lost British crime-thriller films, an obscure film from 1962 entitled: “Danger by my Side”, utters the first reference to flat white coffee.

To add even more confusion, the scene, in particular, was equally bizarre when coffee was served in a cup that had a pout spigot mounted at the bottom of an urn. This sounds ghastly enough, wondering if the contents of the urn may have contained ashes mixed with coffee.

The next incarnation of this description of a coffee drink didn’t appear until 1985 in a coffee shop that opened in Sydney. The owner of the shop- Alan Preston who had recently moved from Brisbane was an espresso fan when he opened his Italian-style coffee shop names Moor’s Espresso Bar. He was well-versed in the typical names that went along with menu items for a typical long black and short black espresso variants.

He simply abbreviated white coffee, which was lightly steamed milk and espresso and was renamed into flat white. Upon that opening day, it happened to be visited by a Sydney labor party stalwart named Anthony Albanese. It seems Albanese was so impressed by the flat white coffee that he returned to the café 5 days a week for the next 5-years. Preston gained notoriety.

Alan Preston thus earned enough to expand his café operation to 6 other locations throughout Sydney. It was in 1986 that a newspaper headline gained Preston the trigger that got it all started. 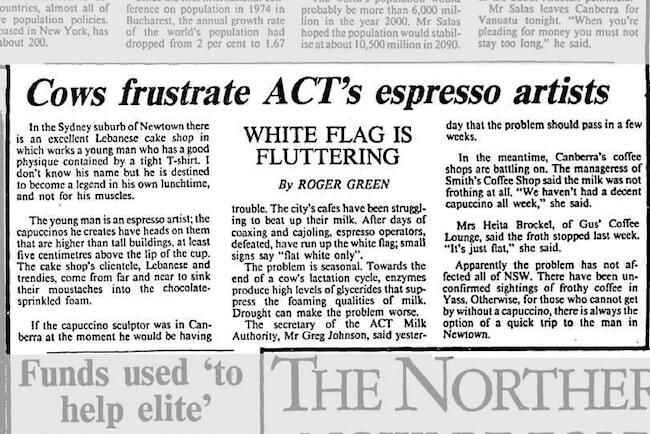 What Preston was experiencing wasn’t intentional but merely a seasonal phenomenon that happens yearly. This came down to the supply of local milk that was deprived of glycerides during a cow’s milk cycle.

It makes it nearly impossible for milk to froth due to fewer enzymes within the milk itself. For as many Italian-dominated espresso café s around Sydney, the battle over barista boys and their muscles just fizzled out when many cafés were forced to offer flat white coffee instead of cappuccinos. Naturally, Preston had cornered a market that was born out of necessity and went on to become a legend in his own right.

New Zealand might be the land where Lord of the Rings sequels came to life, but when it comes to reality, they might be telling a tall story. From a newspaper clipping out of Wellington, NZ in 2015, the truth was finally being told. It was in 1989, that barista Fraser McInnes tried to make a cappuccino that was lacking enzymes refused to foam. He then told the customer that it wouldn’t work, so they would have to settle for a flat white instead.

His claim is that the café where he worked has the flat white on the menu since 1984, a full year before Alan Preston opened his café  in Sydney. It’s proposed that Preston or others may have seen this while on a trip to New Zealand and gotten the idea. Yet another conflicting story is that flat white coffee was being offered throughout Australia in the 1960s.

New Zealand might have cornered the market on Hobbits, Manuka honey, and sheep, but coming up with a fact-filled claim just falls short of rising like the foam in the flat white coffee.

Making a Flat White; The Secret 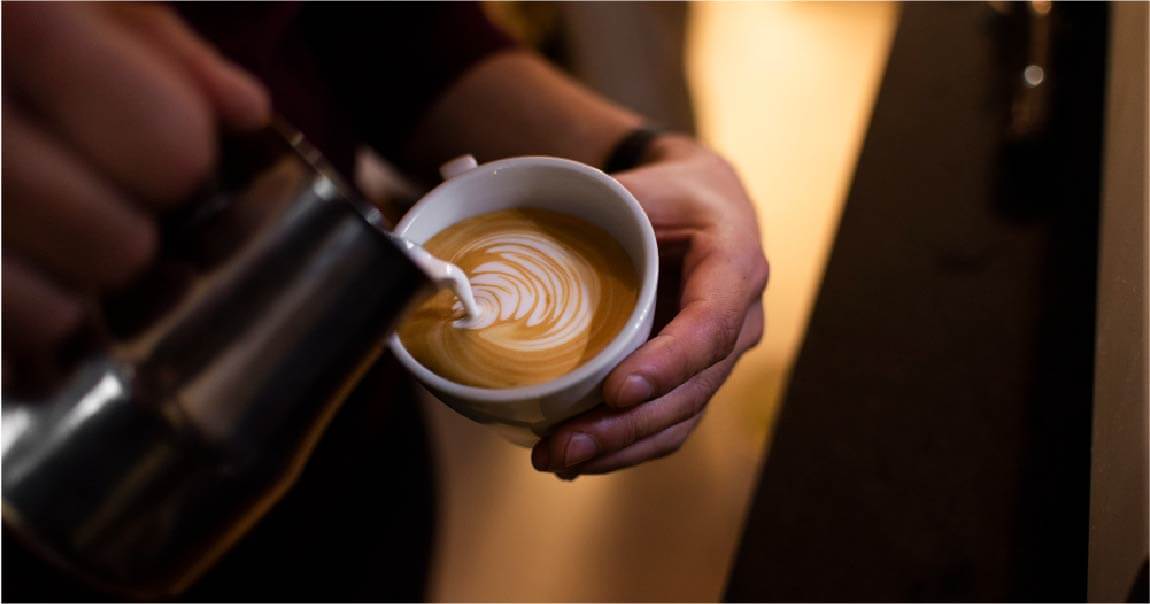 What Alan Preston and other baristas couldn’t understand for years is that milk is a very careful blend of enzymes that are within the milk itself that can hold a cell structure when it’s put in a blender or in an espresso steamer. Baristas are seldom taught the chemistry of coffee and how pressure is used to extract coffee to get different flavors. The flat white uses ordinary milk that is steamed using an espresso machine wand using careful control.

The amount of air is limited so that the milk itself forms micro-bubbles instead of dry foam. A cappuccino produces foam that is so light that you can float a nickel on the top. The flat white produces a foam layer that is no thicker than 1 millimeter. A normal cappuccino has a layer that’s 3mm thick or more depending on the café that you go to.

Here is how to make flat white milk professionally: 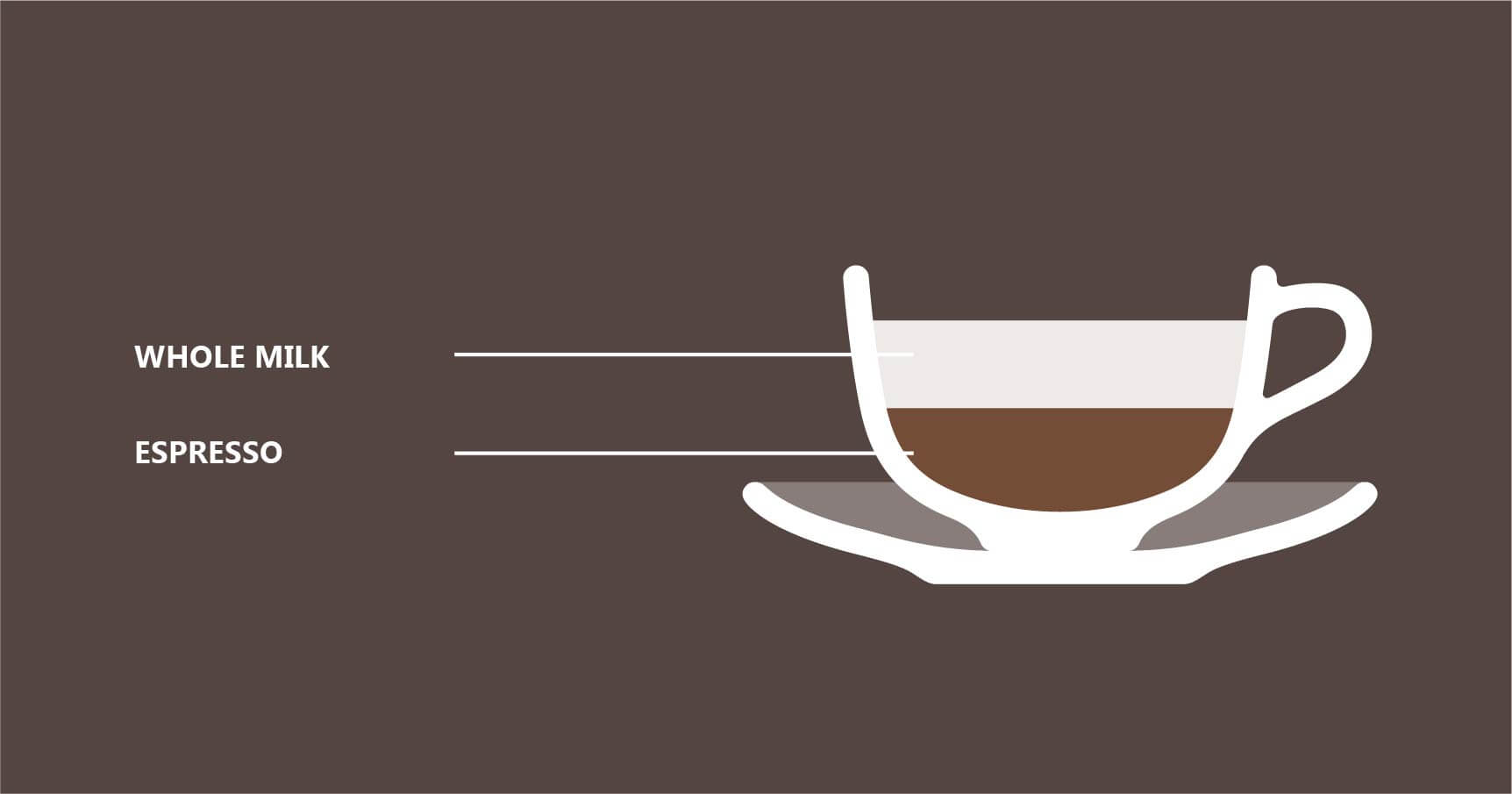 Brew two shots of espresso and pour this into a standard coffee cup. Then you steam your milk to get the fine micro-bubble milk foam. After this, you can start to pour the steamed milk into the cup with the espresso. As you top off the milk, try to prevent the foam from getting onto your coffee. The very last step is adding a very little amount of foam onto the top. You can then drink your flat white. 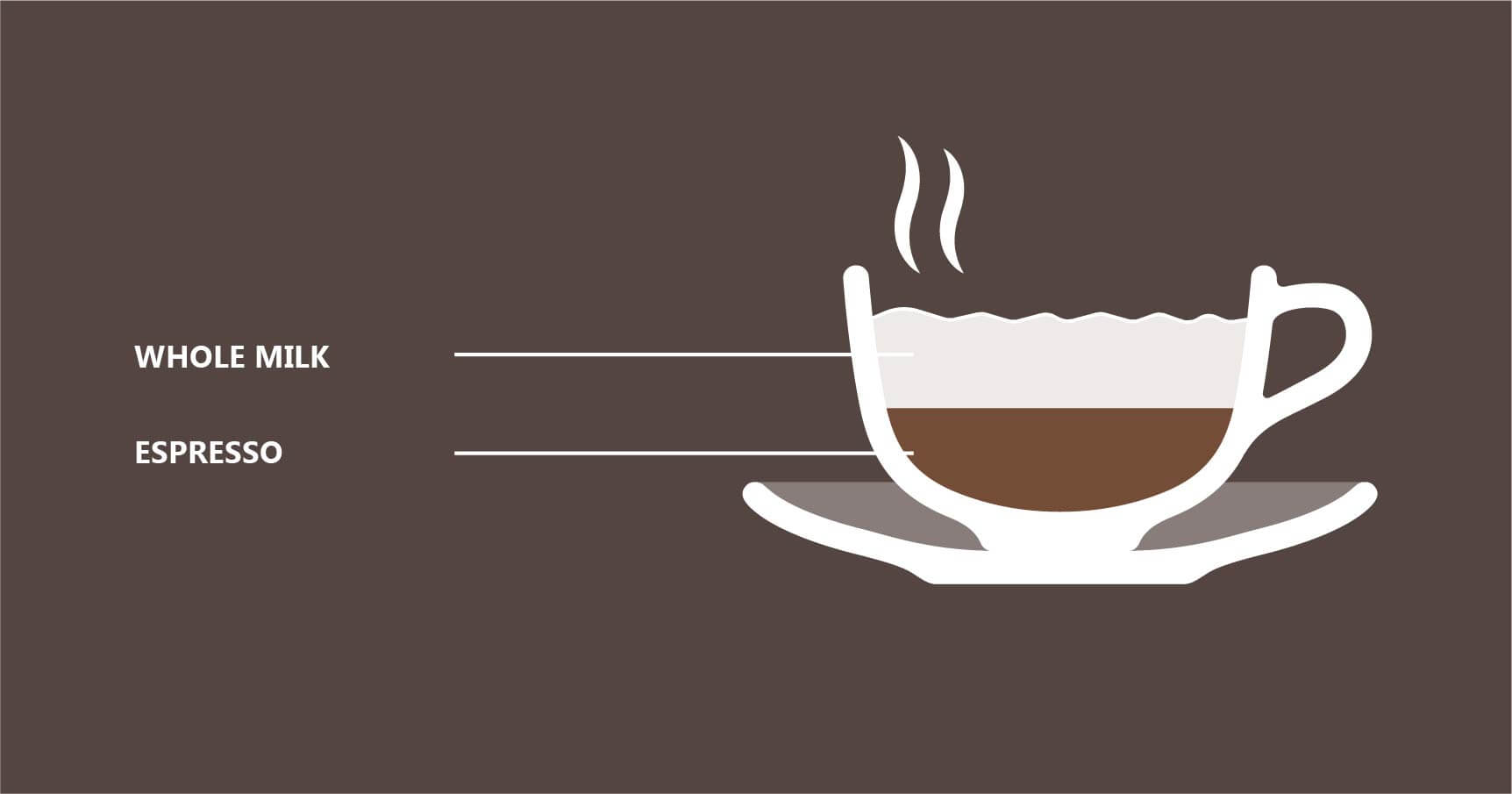 The same steps are taken, just like the first recipe, but it’s different when you start to pour the steamed milk. Holding the coffee mug at an angle the milk is poured at the edge. Once you see the espresso is rising through the milk, it will gather around the outer edge. You can then make a final pour right through the middle of the white circle which will form the shape of a heart. You can also look for café art designs while watching tutorial videos. 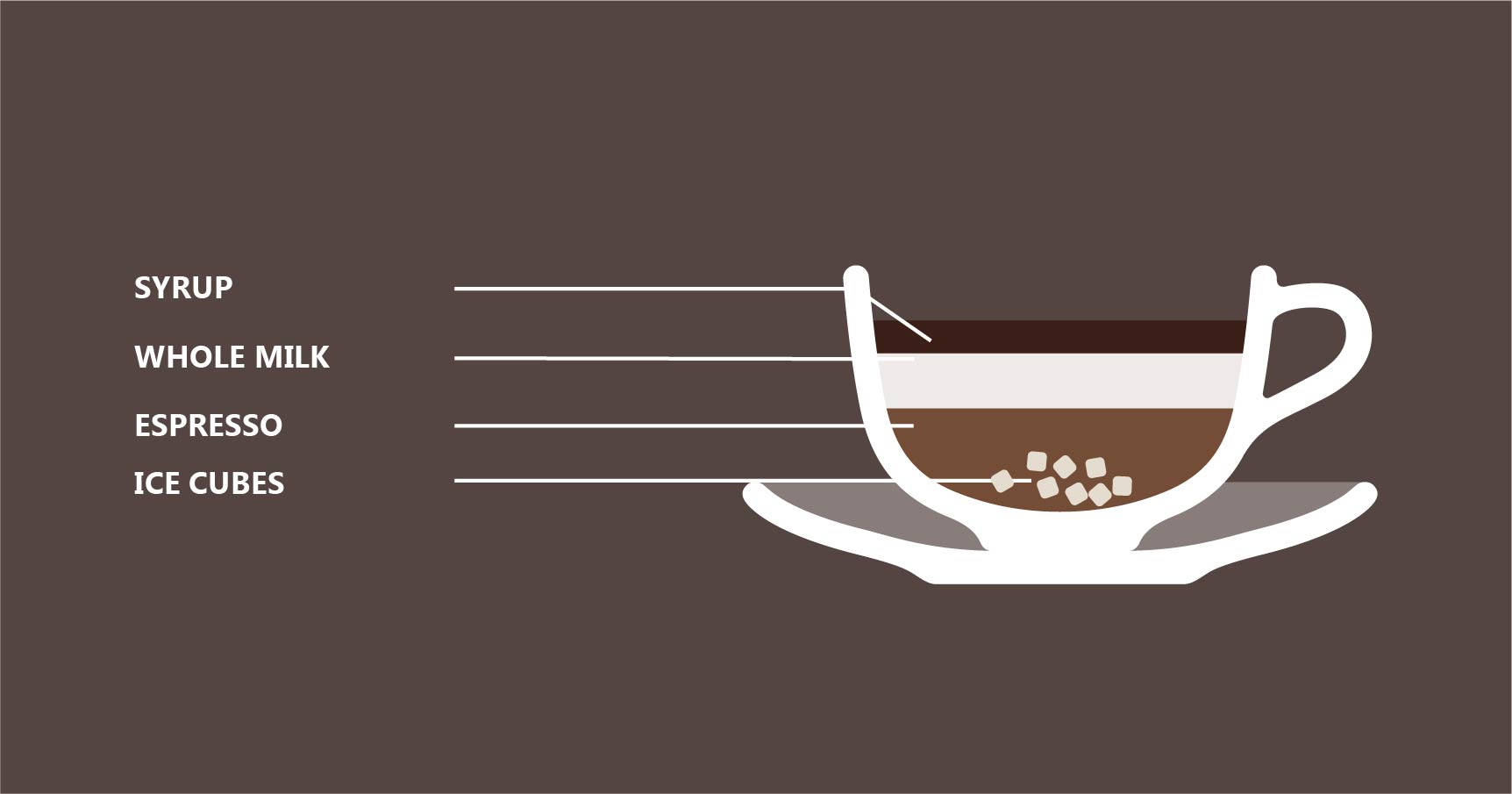 Making a Ristretto shot is easy if you have an espresso machine that allows half the water for a single shot of espresso. The result is twice as strong but made with half of the water. Since you’re watering this down with milk, it needs to be a strong espresso. Add these two shots into a tall drinking glass and let it cool to room temperature. Now add your whole milk to a blender and then add an optional syrup flavor.

This needs to be blended until it has become nice and smooth but not overly frothy. Now you can add ice cubes to your cup. Start to pour the semi-frothy milk into the cup slowly until you near the top. Leave a little room for just a touch of frothy milk foam. Now, this is ready to add a straw and enjoy.