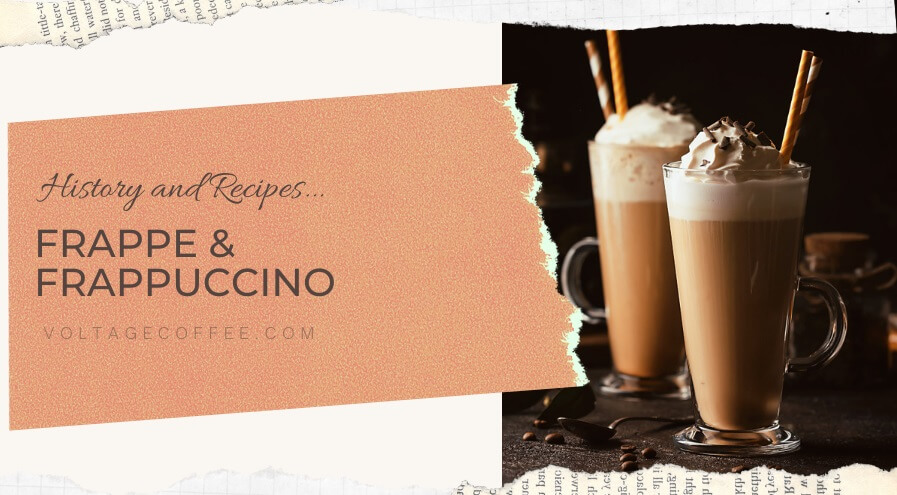 There is a single common thread that ties these two very different types of coffee drinks that includes coffee that’s added. But for most people who don’t know, the frappe and frappuccino have individual histories you might be interested to learn about.

What Is A Frappe? 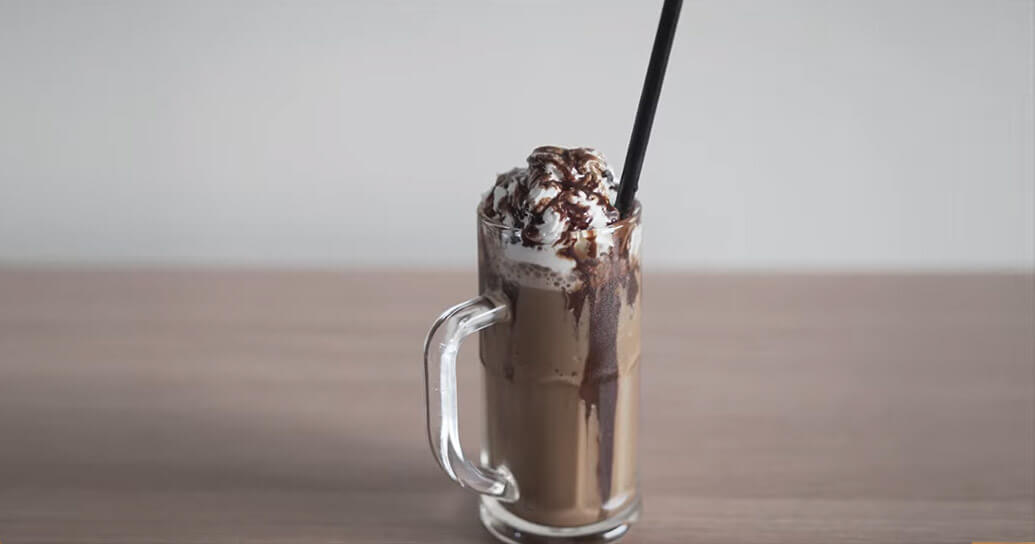 You’ve heard of this drink before and are a favorite menu item for every corner coffee shop that sells iced coffee. It’s got an interesting history behind it that dates back to 1957 and was a total accident in the making. It all started at an International Trade Fair being hosted in Thessaloniki, Greece. One of the representatives working for Nestle by the name of Dimitris Vakondios was demonstrating their products at a booth, showing off their newest coffee.

The recipe called for Nescafe instant coffee powder to be mixed with hot water inside a coffee cup. But for Dimitris, because he couldn’t find hot water anywhere, and decided to use cold water and decided to mix this inside a standard Nesquik mixing container. What happened was not only a mistake but caused a chemical reaction due to the temperature of the water and the proteins in the powdered drink.

As he shook the shaker to mix these two ingredients, the result was unexpectedly a curious concoction. Guests at the Nestle booth found that the thick foamy texture was more like a milkshake than a mixed drink. This would never have happened if Dimitris used hot water and hand mixing in a mug. Because of the increased air that was trapped between the powder and liquid, the result was more attractive than the recipe from Nestle.

This was the birth of the very first Frappe drink after this haphazard improvisation to show a new product. After this, it was an instant success and was accepted by guests at that trade fair who immediately liked the results. It didn’t take long for Nestle to jump on this accidental opportunity to promote it heavily. At the Contemporary Home Exhibition held within the Zappeion convention center in Athens, they pushed this product even heavier.

This time, Dimitris was sent to repeat his mistake for interested guests at the show, and luckily this time around he didn’t stain his business suit. It was reported that his original mishap resulted in coffee foam exploding from the Nesquik mixing vessel which stained his expensive three-piece. But aside from that, Nestle made another mistake that nearly ruined this recipe with a recipe they tried to pass off as the original mixing method.

They recommended using Nescafe instant coffee mixed with condensed milk and cold water, with one scoop of ice cream. It was a shameless promotion to use the Nescafe condensed milk and resulted in a Frappe that has less foam because of using ice-cream additionally. By 1963, Nestle removed this info completely with a slogan proclaiming to beat Nescafe with water and sugar until you get a frappe.

As a result, the frappe is a very common drink that includes variations that are sweeter and creamier depending on your overall mood.

What Is A Frappuccino? 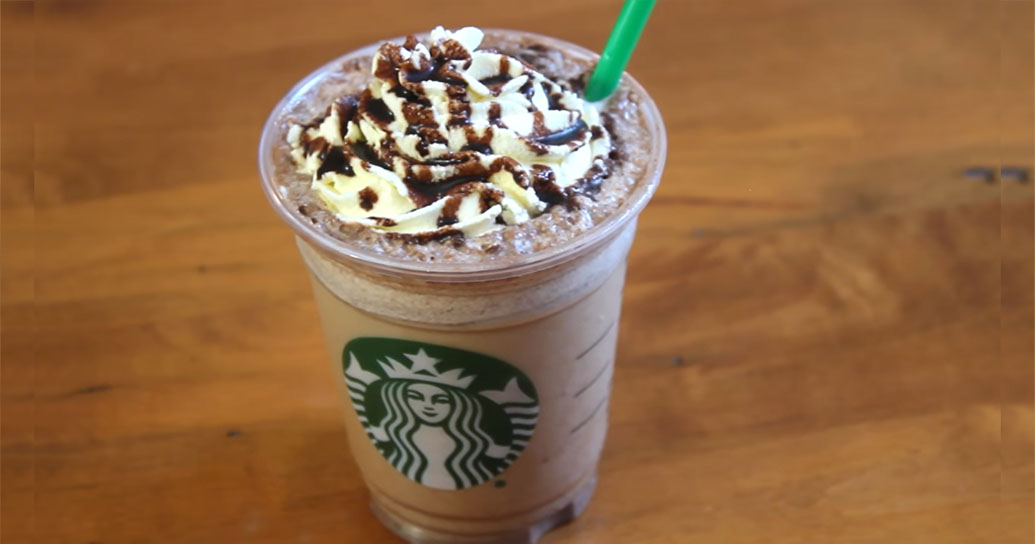 One of the most popular menu items at Starbucks is the Frappuccino and is a combination of their Frappe-Roast which is essentially burnt drip-brewed coffee. The flavor isn’t as pronounced because of the amount of syrupy sugar, milk, and added flavors. You might be surprised to know that the original Frappuccino was made with real espresso, milk, sugar, and crushed ice. But that wasn’t Starbucks that did it, but someone else completely.

Now, you already know that Starbucks holds the trademark for the name Frappuccino, but this is actually not their invention! It was the result of a buyout deal with Starbucks that purchased The Coffee Connection back in 1994 along with the recipe and name for their signature Frappuccino drink. The original recipe was invented to capitalize on the New England Frappe but actually came from the sensation of West coast iced coffee drinks.

George Howell realized the popularity of these types of drinks and decided to add their own version to The Coffee Connection menu. He gave the task to his marketing manager Andrew Frank who used a smoothie machine using coffee, sugar, milk, and ice. By the time Starbucks got a hold of the recipe, they changed it further and made it using a blender. George Howell was also blocked from getting any profits from the Frappuccino on top of that.

The Coffee Connection was a popular chain of coffee houses all throughout Boston that had grown to a total of 23 throughout the city. It was all from the success of their newest iced coffee drink called the Frappuccino that had increased the profits dramatically enough to get the attention of an eager Starbucks. But it was also a chance for George Howell to sell his chain to Starbucks for a song and dance that backfired nearly overnight.

Right after the sale of The Coffee Connection to Starbucks for only 23 million, this was a mere million apiece per location that Howell owned. And though this was back in 1994, by 1996, Starbucks had reported sales of their Frappuccino were over $52 million in that year alone. This is nearly double the price of their sale of this Boston chain, but considering it’s the Frappicchino is their profit is telling you a lot about Starbucks in general.

Needless to say, this is why George Howell had no leg to stand on for any claims to profits after that. To add insult to injury, the original creator Andrew Frank had left the Coffee Connection a year before the same and was never entitled to any percentage of that fateful sale to Starbucks or the creation of his original Frappuccino. Because of the success of this type of iced coffee, it’s been copied by every other coffee and fast-food chain thereafter.

Making A Frappe And Frapucchino At Home

Instead of going to Starbucks and likely getting your name misspelled on your cup, you can choose to make this in the comfort of your own home. The Frappe is another that is just as satisfying if you try using the original recipe likewise. Luckily we have both recipes preserved just as they were meant to be. 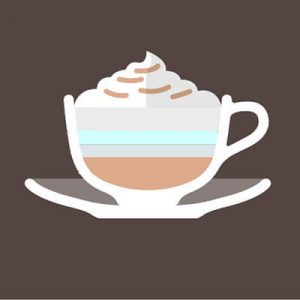 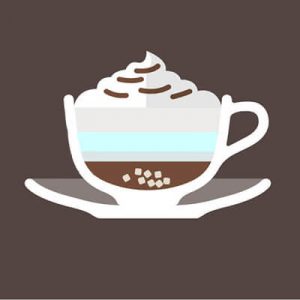