You’ve been drinking coffee for years – but ever wondered how much caffeine is in a cup? What about espresso? You might be consuming too much.

Patrick Maloney who is the Co-Founder of ParadigmCoffee.co says that roughly 151 million standard bags/sacks of coffee are consumed every year and each bag contains 60 kg.

As a rough estimate, if your caffeine intake per day is above 400 milligrams (mg), you must cut it to avoid health issues.

In total, approximately 150 million Americans drink 400 million cups of coffee per day — or more than 140 billion cups per year — making the United States the leading consumer of coffee in the world.

Let’s take a look at the caffeine for the coffee drinkers and see what kind of numbers/percentages we come up with.

For a typical cup of coffee, usually an 8 oz. cup, the caffeine is at 95 mg.  Now, that is just one cup.  If you drink more than that, obviously the number goes up.  It will definitely rise if you add a shot of espresso in the mix!  You could probably scramble an egg without moving drinking that much caffeine.  There are people that do this on a daily basis, just to get themselves going in the morning. Take a look at the chart below.  It has some very interesting numbers:

So, looking at the chart up there, you can have a “brewed” cup of coffee with a 1 oz. shot of espresso and be up until next week!  That is 160 mg of caffeine in one sitting.  You could go for the lesser amount, which would be instant coffee at 62 mg of caffeine and add your espresso shot, for a grand total of 126 mg of caffeine.  Obviously, there are other coffee’s that have a lot more caffeine.

The coffee shops like Starbucks will have a list you can look at before purchasing something that may be just too much for you at one time. To give you a much better estimate of how much caffeine in coffee, here is a detailed table chart of different types of coffee and the caffeine content present in them.

The decaffeinated route is great, if you don’t want to have the extra energy jolt from the caffeine, but what’s the point in that, right?  Also, keep in mind, those numbers are based on an 8 oz. cup, not the huge mug you have sitting on your desk at work.

How much caffeine is considered safe? 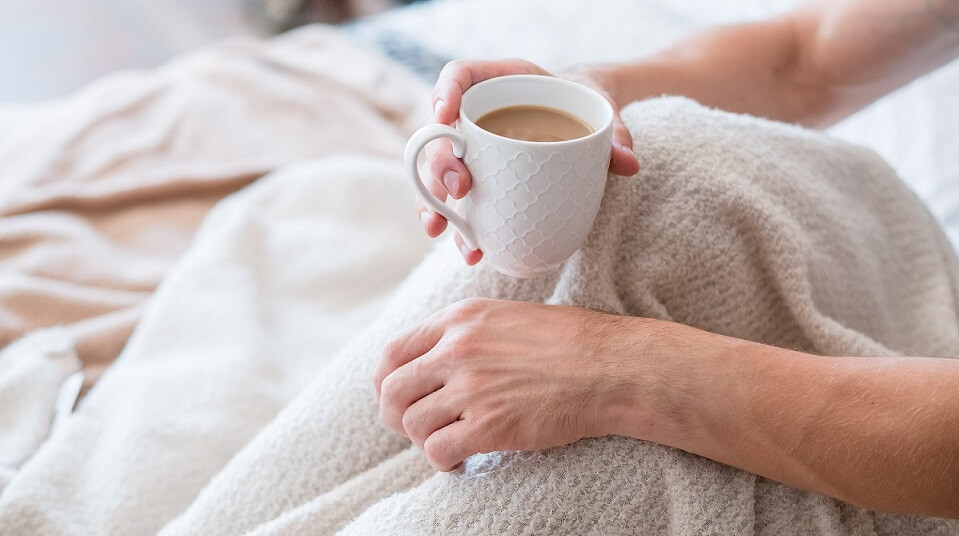 You can have up to 400 milligrams of caffeine a day, which is considered safe for most adults. However, everyone is different and your intake will vary from others and their sensitivity to caffeine. If you suffer from headaches, restlessness or anxiety, you may want to rethink the amount of your caffeine drink in a day.

Check the back of the cans for an idea of the caffeine content in beverages. Also take in to consideration that the actual amount of caffeine in a cup of coffee (or tea) can (and will) vary quite a bit. Things like brewing time, as opposed to instant, affect the caffeine level, as you have seen. So use these numbers on the chart as a guide to help you navigate through the caffeine intake.

What are the side effects of too much caffeine? 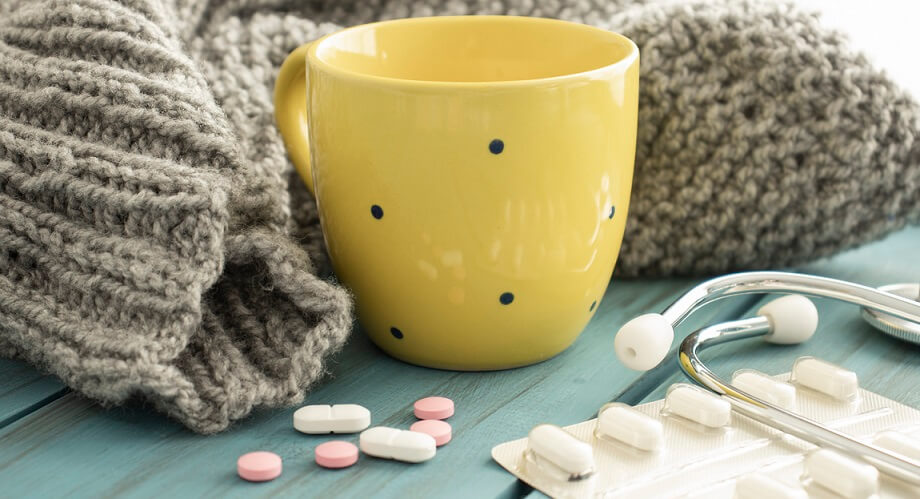 Anything with caffeine in it is bound to have some sort of side effect.  There are some people that have no issues at all and then there are others that have a few problems with too much caffeine.

Below are some of the side effects from too much caffeine: 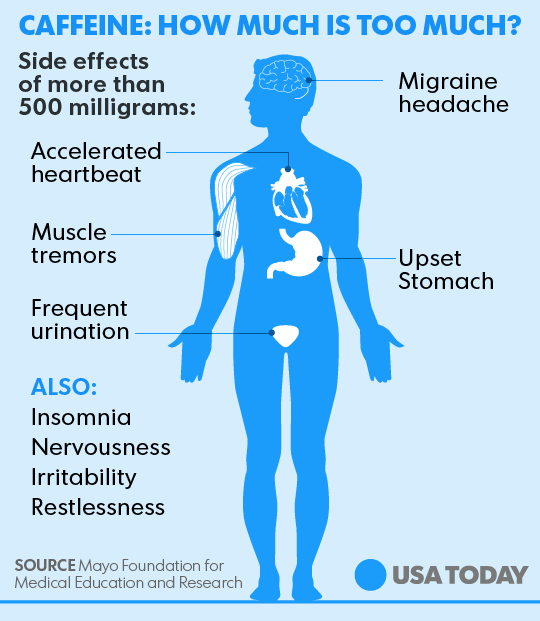 It can be pretty scary for someone that doesn’t know what to expect from too much caffeine, especially if it’s not an everyday thing for them.  Caffeine (especially in coffee/espresso) is a diuretic, so you can become dehydrated very quickly and without warning.  I think everyone has experienced some sort of dehydration at one point in their lives, and it’s not a fun place to be.

Also Related: Is French Press Coffee Bad for My Health?

Caffeine is considered a legal drug and it can be more difficult to quit than smoking. Listen to your body when you are drinking anything with caffeine, it won’t lie to you.  Keep it real, pay attention to labels and the amount of caffeine you are using on a daily basis.

If you have questions regarding caffeine, please talk to your doctor about anything you are wondering about.  Too much of it can be harmful to your body.  Also, if you try to cut it out “cold turkey” you could experience withdrawal symptoms.