Newspapers love to kick around the question of whether coffee is good for you or not. It’s something that hits close to home, and the combined complexity of the human body and coffee means that there’s going to be good points in both directions.

Everybody loves a good debate to go with a good cup of joe. 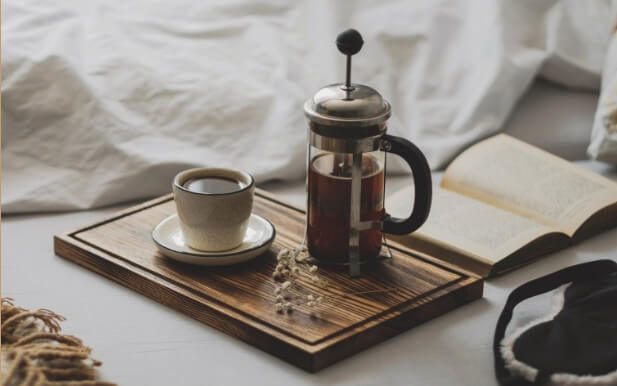 In 2016, though, an interesting article came across from Harvard Health blog that suggested French press coffee was bad for you, and that article piqued a lot of interest around the internet.
The blog post doesn’t dive too deep, but there are quite a lot of studies out there that can fill in the gaps. Let’s explore the subject a little deeper and try to answer the big question, “Is French press coffee bad for your health?”

How is French Press Coffee Different?

Let’s start at the beginning. Unless you’re drinking Turkish coffee, you don’t want any grounds in your coffee. They taste bad and feel worse.

Most coffee styles use some sort of filter for the job. Paper filters are the norm for drip and pourover coffee, while other methods like espresso, percolator, Moka pot, and French press use a metal filter. In either case, the filter removes the coffee grounds from your finished drink, but there are small differences.

So, Is Coffee, Or French Press Coffee Bad For Me?

Coffee contains over a thousand chemical compounds, and some of these are trapped by a paper filter, but not by a metal one.

The key compounds cited by the Harvard Health article that started this controversy are cafestol and kahweol. Both are diterpenes that are removed much more thoroughly by paper filters than by metal ones.

Now, stick with me here, a study measured the concentration of cafestol in French press coffee at around 300 times that in paper-filtered drip coffee. The metal filter does remove a bit of cafestol, but not much compared to boiled coffee. 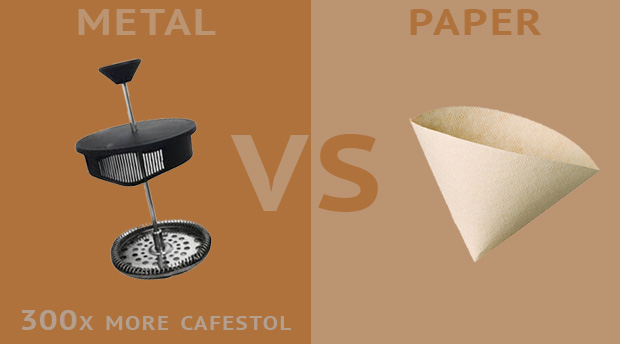 So ultimately, French press coffee is not unique here. This health issue is true of any coffee prepared with a metal filter (or no filter at all).

Pour-over coffee may be a good
alternative to enjoying fresh,
full flavored coffee. Read more on brewing with the Chemex. 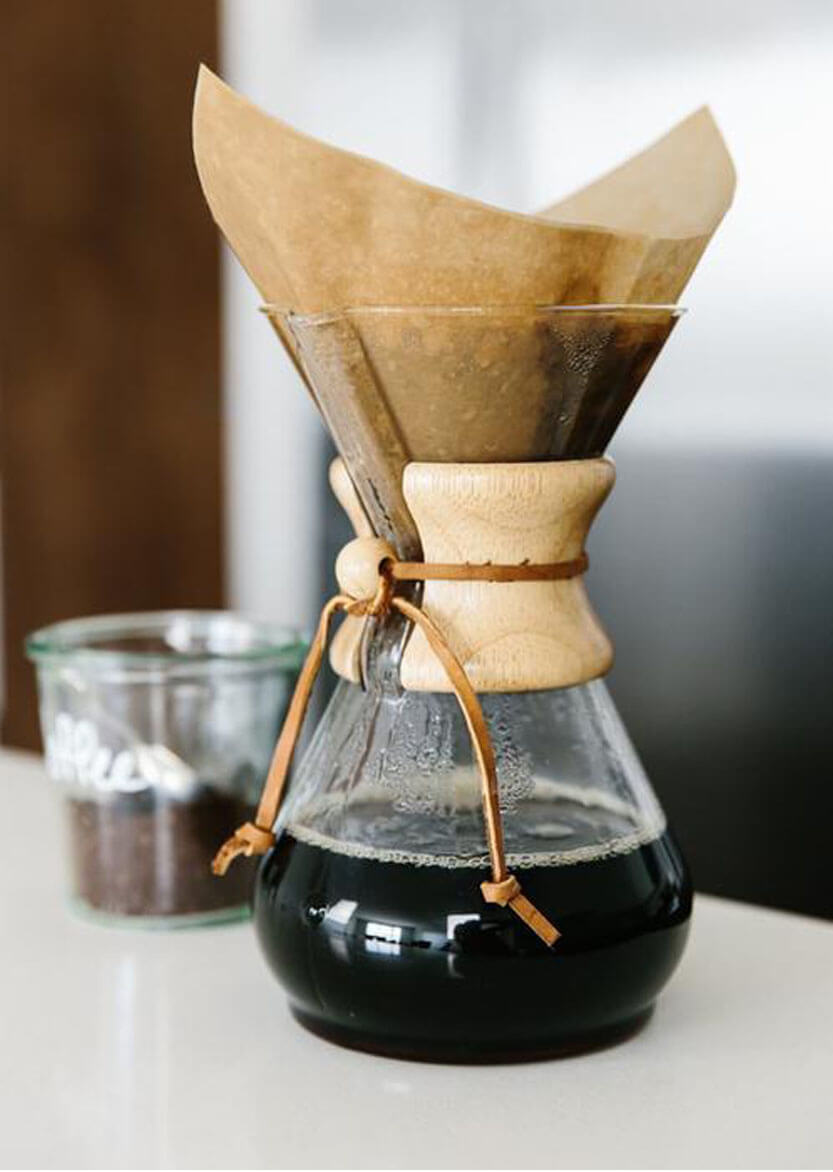 Check Price
French press coffee comes up in searches on this topic because of an influential post by the Harvard Health blog. You might think that espresso would be the big name that articles cite, but there’s a key difference: we drink big cups of French press coffee and small cups of espresso. The concentration of cafestol is about the same, but the small serving size makes the amount you ingest fairly small.

Bottom-line About Press coffee And Your Health

The effects on consuming cafestol and kahweol are indirect, pushing on your body’s systems in such a way as to increase your LDL cholesterol and triglyceride levels. High levels of these are linked with increased risk of heart attacks and strokes.

Here’s where it get’s interesting. The key question is, how big of an increase? Five cups of French press coffee a day increases LDL cholesterol levels by about 7 mg/dL and triglyceride levels by about 11 mg/dL.

These aren’t big numbers – the optimal range for LDL cholesterol is 100-129 mg/dL – but they’re not nothing.

These aren’t big numbers – the optimal range for LDL cholesterol is 100-129 mg/dL – but they’re not nothing. That number is easily enough to push your LDL from good to borderline high or from borderline high to undesirable. The triglyceride increase is less troubling, but still worth noting, especially if you already have problems with your triglyceride levels.

According to Dr. Eric Rimm, epidemiology professor at Harvard School of Public Health, “five to eight cups a day of unfiltered coffee may actually raise your ‘bad’ LDL cholesterol.” French press has not been linked to an increase in cancer risk or other dangerous illnesses. That said, Dr. Rimm suggests you keep an eye on your cholesterol levels, more specifically LDL. He also says you shouldn’t have more than four cups of unfiltered coffee per day, and five filtered cups per day.

What Can You Do To Protect Your Health?

If you’re already having problems with your cholesterol, cutting out French press coffee might be a good idea. Make sure you switch to a method with a paper filter – switching to a Moka pot won’t help you. Don’t overdo the espresso either.

If you want to take some small precautions, start by not overdoing things. The figures above are based on consuming five cups (that’s tiny 4 fluid ounce/120 mL cups, not actual 8 fluid ounce cups or that oil drum you call a mug) a day. If you’re drinking a ton of French press coffee, consider mixing it up with paper-filtered preparations like a pourover.

The Chemex is a great
alternative to using a French press.
It’s also a great gift for any coffee lover.

Check Price
One other factor worth considering is the roast of your coffee: the darker the roast, the lower the level of cafestrol. A dark roast has about 60% as much cafestrol as a light roast. If you like to mix up your coffee consumption, try making your dark roast in the French press and your light roasts by another method.

I started researching this article assuming that the answer to the question, “Is French press coffee bad for you?” would be no. I was getting there, and about to say that it was fine unless you were drinking it by the gallon, but then the note that the study referred to 4 ounce cups floored me. My answer now is that french press coffee is a bit bad for you.

My answer now is that French press coffee is a bit bad for you.

My French press is 750 mL, or about 6¼ of those mini-cups, and that puts me right in the risk zone. My cholesterol levels are not that bad, but not that good, so I’m going to be changing my routine. I’ll keep drinking French press coffee some days, but I’ll switch to using a pourover-style for others. I’ll also bring up my coffee consumption the next time I talk to my doctor, and I suggest that you do the same.

2 thoughts on “Is French Press Bad For You? The Surprising Facts.”