French Presses are all the rage these days. You’ve probably bought one before, or seen one at a friend’s house. If you haven’t used one, you’re completely missing out! They make delicious coffee because they leave behind essential oils that other coffee makers can’t provide. Our Kona French Press coffee maker review will help you make an informed decision on the right press to buy.

If you read our Kona French Press coffee maker review and want to buy, click here!

Due to its ease of use and great taste, french presses are one of the most purchased coffee makers online. Today, we review one of the most popular, the Kona French Press Coffee Maker. This is an item from Idylc Homes, who also sell a hand-grinder we’ve reviewed. In the interest of full disclosure, we did receive this item from Idylc Homes in exchange for a review. That said, we maintain full editorial independence and tell it how it is, always. Let’s jump right in!

Things we liked about the Kona French Press

Things we didn’t like about the Kona French Press

One of our favorite designs of any french press, the Kona has all the features of a typical french press. First is the base, made primarily of black plastic that also goes to the top of the device. The chamber of the press is made of borosilicate glass that we have found to be durable, though others have reported the opposite.

One interesting aspect of the press we found is that the lid is not completely airtight on the glass piece. We’ll show this in the picture below. On other presses it’s a tight seal. We did have an incident where coffee came out of the wrong area! Very minor design issue but something to be aware of.

We’ll get into some of the durability concerns later in this article. There are multiple reports that people have had their press break even without dropping. We have not had any of these issues through two months of use, but others have reported some problems.

The Kona French Press has a good, simple appearance that will be familiar to any french press enthusiasts. It sports a plastic outer shell that comes in red or black, and provides protection from drops.

The press is different some other french presses in that it sports very little metal, specifically zero stainless steel. The only metal part of the Kona French Press is the plunger, which helps durability when pushing the coffee grounds to the bottom.

In general, we found the Kona French press extremely easy to use! It performs similarly to other french presses. Among all of these devices, we’ve found function is somewhat hard to mess up.

In our testing, the french press performed admirably. Both filling of coffee and the plunge were pain-free!

Most importantly, the press performed as well during the plunge as being filled. Some french presses we’ve tried don’t get all the coffee grounds separated from the water. We had zero of those issues with the Kona!

If you’re like us, you’re looking for value when it comes to coffee gadgets. Not the cheapest available, as those tend to not last. If we pay a premium for something, we hope that it makes up for it as a premium product.

The Kona French Press strikes an excellent balance between being cheap and premium. It’s a good value for the money at around $30. Rather than overloading us with features or unnecessarily expensive materials, they chose to keep the product simple.

We found the Kona French Press Coffee Maker review fun to do. It’s a great french press and we highly recommend it to beginner and advanced coffee fans. The function is similar to every other french press, but it separates itself with its design. It also represents a great value, as it’s not too pricey. We recommend this product to all!

How fine should I grind coffee for the Kona French Press?

As with all french presses, we recommend a more coarse grind. This reduces the level of bitterness you may get, and makes it easier to press the plunger. If you grind the beans too much, it can be difficult for the filter to filter out coffee grounds and the plunger will be hard to press.

Can I make tea in the Kona French Press as well?

Yes, definitely. We recommend steeping multiple times until you get the taste you’re looking for.

How many cups of coffee does the Kona French Press make?

It’s advertised as a 32 ounce chamber and we found this to be accurate in our testing. Because the plunger traps the coffee grounds at the bottom, the amount of coffee held is closer to 28 ounces. For us, that’s two “cups” but is more than three cups if you drink 8 ounce cups.

Can you use it to make cold brew?

Yes, 100%. You make cold brew in a similar way as hot coffee. Instead of plunging the coffee after four minutes, you keep the press cold overnight (between 12-24 hours). This lets the grounds brew, and you’ll have a great cup in the morning. 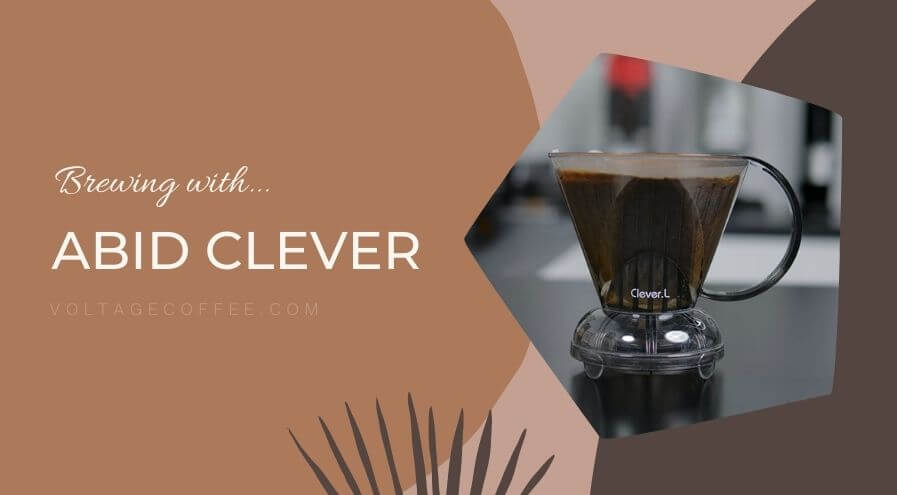 How to Make Coffee with the Abid Clever