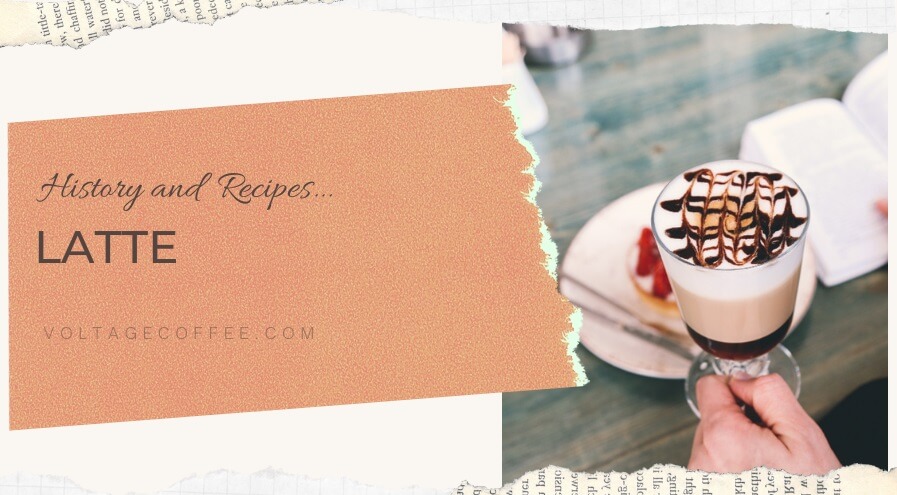 Hardly a day goes by that most coffee goers don’t go into their favorite coffee shop and order a latte. The modern latte is as delicious as it was when it was first introduced nearly 175 years ago.

The Latte, A Curious Case Of Western Taste 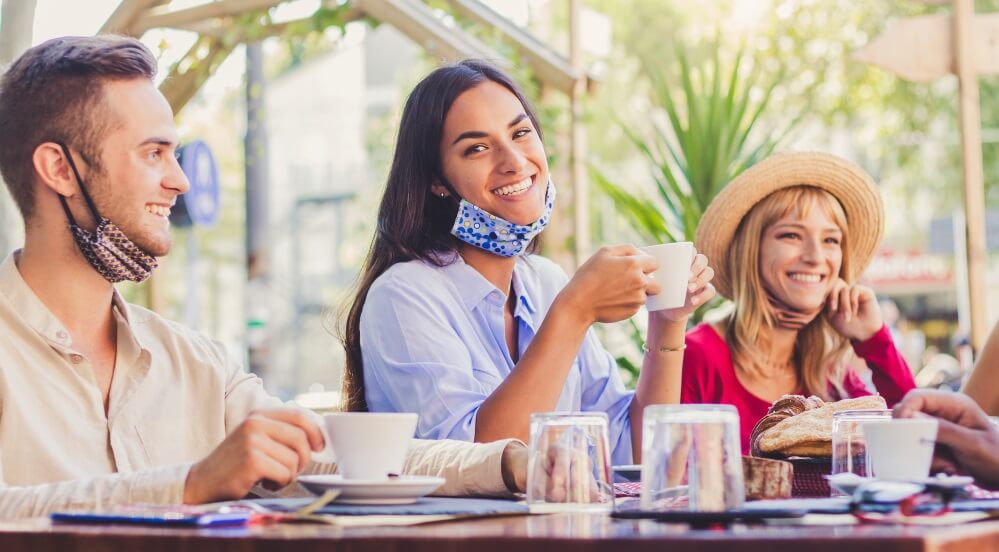 Would it surprise you to know that despite the original latte being invented in Europe in the mid-1800s, it was always intended to please American tourists? In fact, famed writer William Dean Howells wrote about the latte in his Italian Journeys essay in 1847! A close friend of Samuel Clemens (aka Mark Twain) and of course Henry James, it was William Howells who brought a realist approach to writing.

Perhaps his first literary mention of Caffe Latto in 1847, which was later self-corrected in another Italian journey mention in 1867 when he changed this to Caffe Latte. Further proof of this arose when a well-respected coffee author Kenneth Davids reported around the same time that caffe latte is a coffee beverage that was invented for the American tourists in areas that were commonly frequently visited.

It seems that back then the taste of the traditional cappuccino was considered too strong for American tastes. To solve this problem, more steamed milk was added and was labeled a Caffe Latte after that. Kenneth Davids also assumes that this was primarily an American invention, yet there is no proof of this since it spread so quickly across Europe after that. The latte could be found in Germany, the Austrian-Hungarian kingdom, and France.

Local holdouts including Venice, Italy, Vienna, and Florien café owners refused to name the latte as a proper drink out of pride. At that time, it was considered that only cappuccino and espresso were recognized coffee drink names. Perhaps this may sound a bit misogynistic but let’s face it- espresso in these countries is taken very seriously. So much steamed milk with a small amount of espresso does sound too feminine, even by today’s standards…

This didn’t stop the wheels of progress to soothe the impulses of American tourism throughout the 19th century, as other countries quickly jumped on the bandwagon. Soon, the espresso cafés throughout bigger cities in Spain, Portugal, and Catalan all offered this new invention with their own local names. Portugal offered Galao, while Spain had their Café con Leche, and Catalan featured Café amb Lietor.

It would take nearly another 80 years before this coffee variant finally reached Scandinavia and throughout the Dutch coffee houses in the 1980s. By this time, the Café au Lait was being served to adventurous Americans in high-traffic tourist spots. It’s no secret that the 1980s saw many American tourists who were from universities across the US. It was more obvious in California around the campus of UC Berkley. A local coffee house called Caffe Mediterraneum was one hotspot where latte drinks were increasingly being advanced. It was also at the same time that Seattle saw the introduction of Starbucks and the latte around the same time. By the late 1990s, the latte was quickly spreading like wildfire across the entire US. This is where new recipes would often include soy milk, almond milk, and many other milk substitutes. 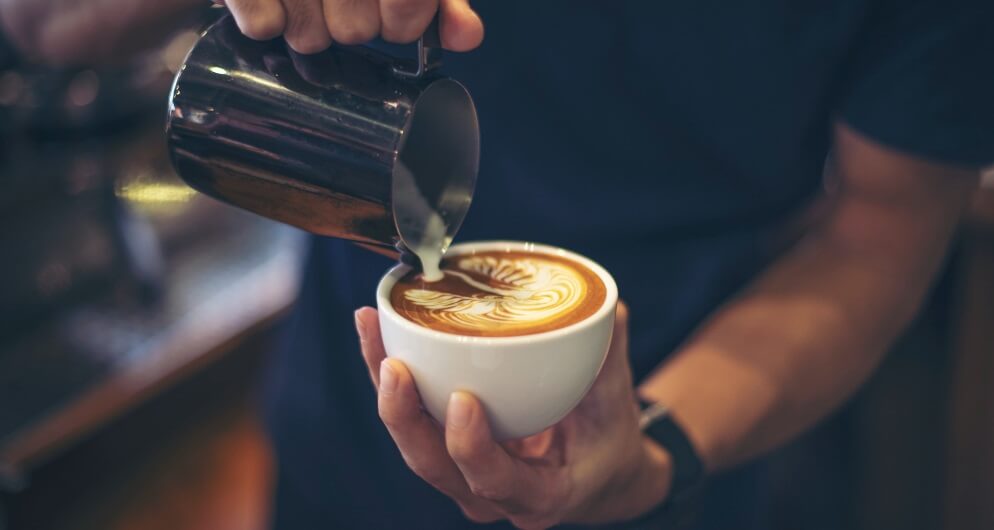 Aside from the steamed milk, what makes a latte so appealing? The proper mixing ratio for any latte is 1:3 in proportions. This is one part espresso with 3 parts steamed milk with at least 3mm of foam sitting on top. The method of frothing will also be determined by the type of steaming wand you have at home. Since it’s different at home from what you get at a professional coffee house, here’s what you need to know.

Steamed milk is a careful mixture of micro-bubbles to create a smooth and velvet-like texture to the milk. While any trained barista knows how to make steamed milk, with a bit of practice, you can also become an expert milk steamer. The best advice is to study milk-steaming videos before you start. Here’s a great example.

You can’t make an omelet without breaking a few eggs, so when it comes to frothing milk, it will take a few tries to get the texture just right. Down to the way you hold the frothing container, to the level, the milk is angled near to the steamer wand tip. If you like a good challenge, then you can perfect frothing skills to make steamed latte milk just right.

The golden rule of steaming milk is starting with cold milk each time. You cannot re-steam milk that’s already warm because it will surely burn. While the milk is cold, it gives you enough time to steam the micro-bubbles into your milk vessel. By the end of this steaming session that only lasts about one minute (depending on your steamer), to get the right texture. It can take less time if you hold the steaming wand just right. 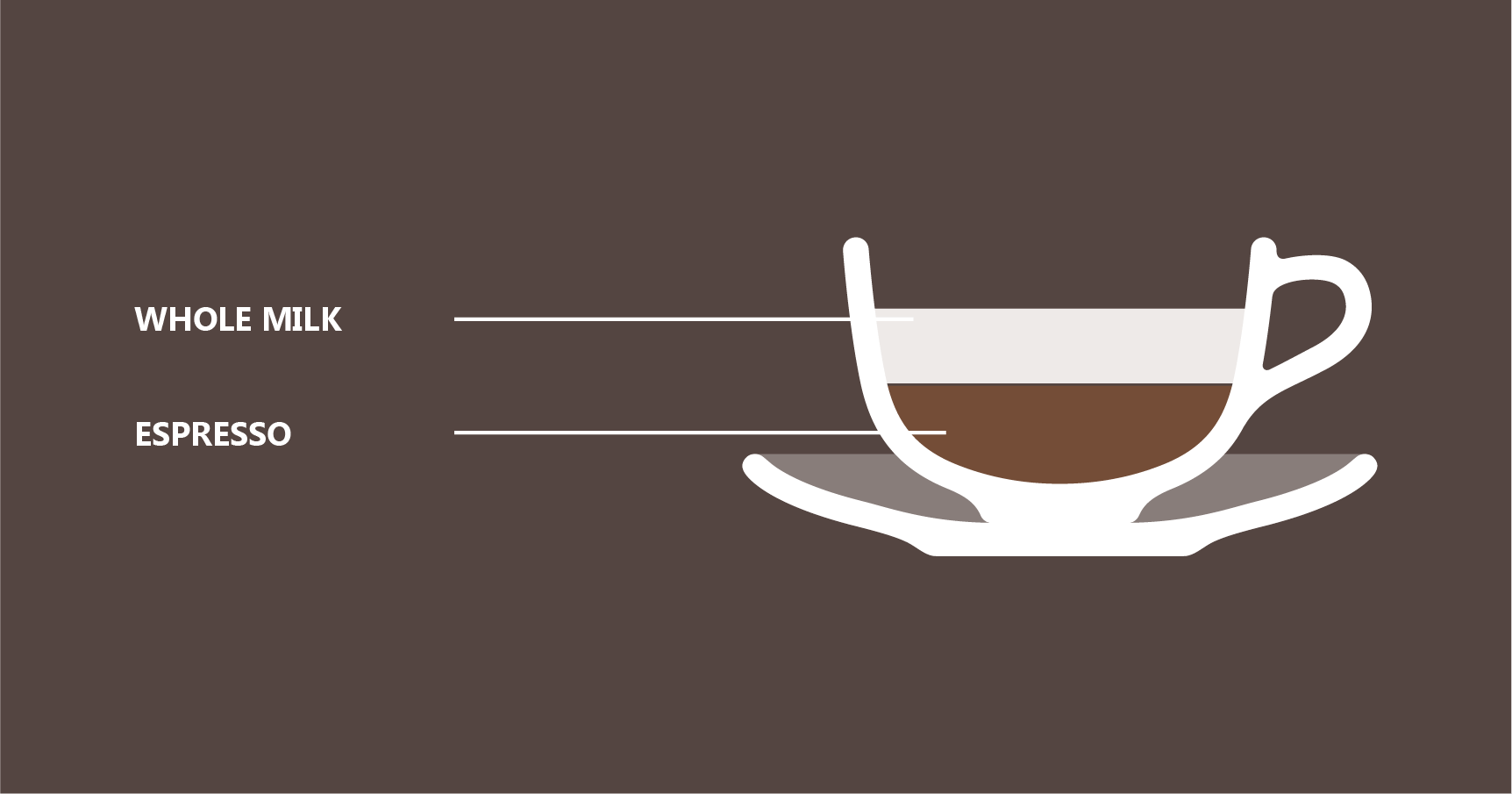 You begin with a freshly brewed espresso shot and pour this into a tall serving cup. Pour cold whole milk into a steaming vessel. It can be 1 cup or more depending on your cup size. The ratio needs to be one part espresso to 3 parts milk. Turn on your steamer and place the tip into the vessel. Keep the tip just below the milk line so the outer edge of that tip is showing. The force of the steam will force the milk downward, so angle your milk so you can see the tip easier.

Steam this with an up and down motion for no less than 20 seconds up to 40-50 seconds. Your steamer might not have very high steam temperatures as professional models will. Many home machines will be ‘idiot-proof’, so the temperature will be lower so you don’t burn your milk. After you finish frothing, pour this into your espresso and enjoy. Top it with the leftover foam that you scoop from the top of your milk vessel. 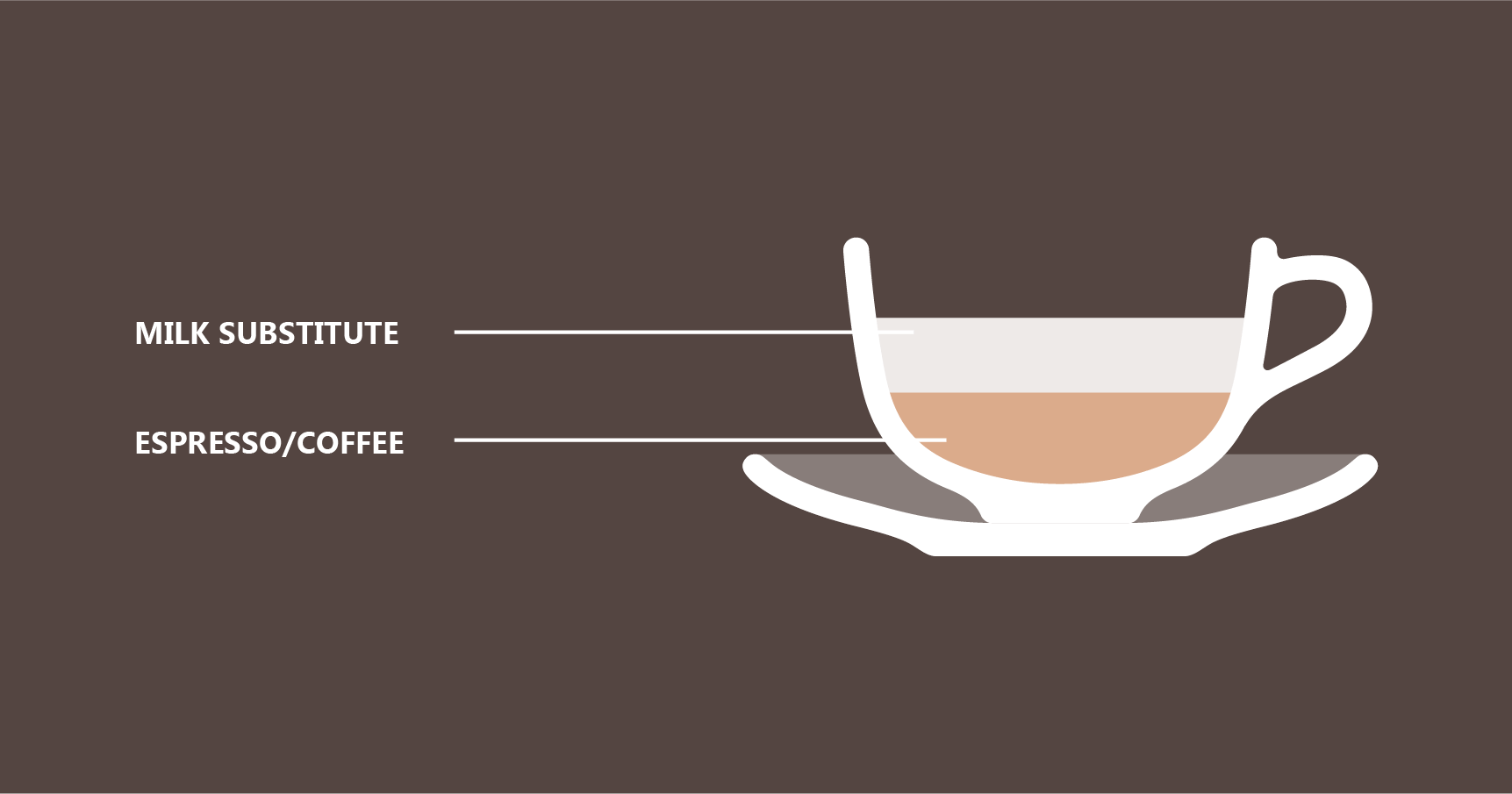 Start brewing your espresso of coffee as you like and then start prepping your milk substitute. Keep in mind that certain milk alternatives will not work like milk for frothing and steaming micro-bubbles. Milk has enzymes that allow it to hold the cell structure, so the best alternatives will be coconut or oat milk. These have the unique ability to hold up better for foaming and frothing. In a pinch, you can add a tablespoon of aquafaba to any vegan milk.

This will allow all other substitute versions to blend and build a smoother froth that will be better suited to your needs. Then add this to your coffee drink and top it with the left-over foam. 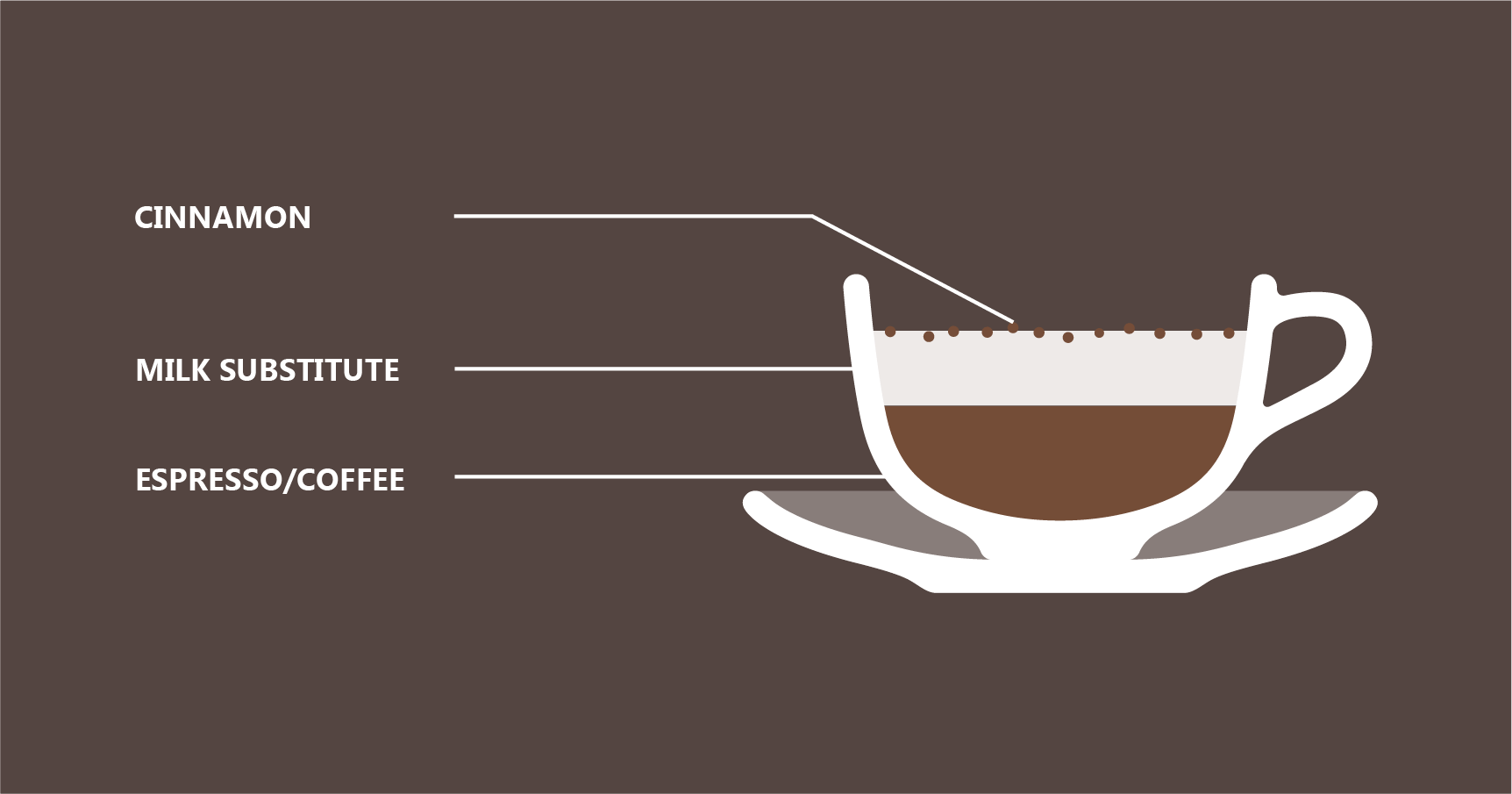 This starts with brewing 2 or 3 shots of espresso poured into a tall glass. Using a cup of half-and-half, pour this into your steaming vessel. This is then steamed and will be better if you make sure that it came right from the fridge, the proteins are better when this type of milk is nice and chilled. If you have a temperature thermometer this shouldn’t go above 160F degrees or you’ll burn your half-and-half for sure.

Pour the finished frothy mixture into your cup and add a little bit of cinnamon or nutmeg and enjoy.