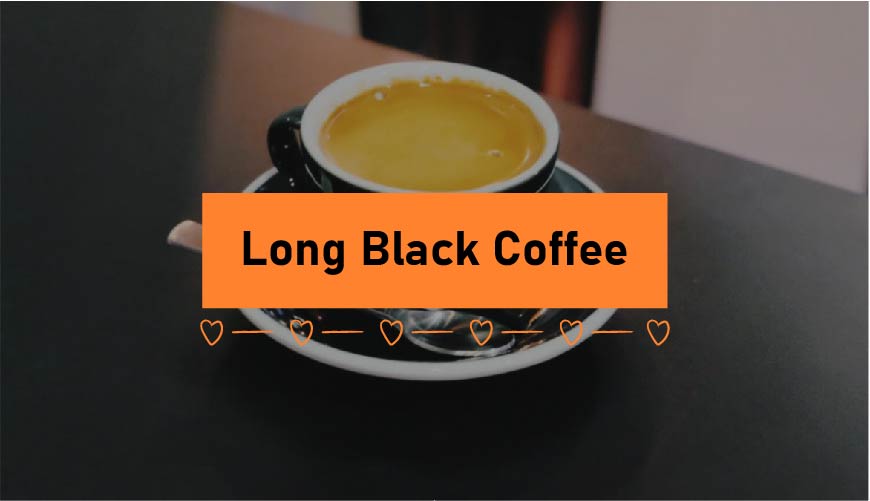 Often thought of as the Aussie version of an americano, the long black coffee is usually a much more sophisticated drink than its larger American cousin.

Long black coffee is made by combining a shot or two of espresso with a small amount of hot water.

How do You Make a Long Black Coffee? 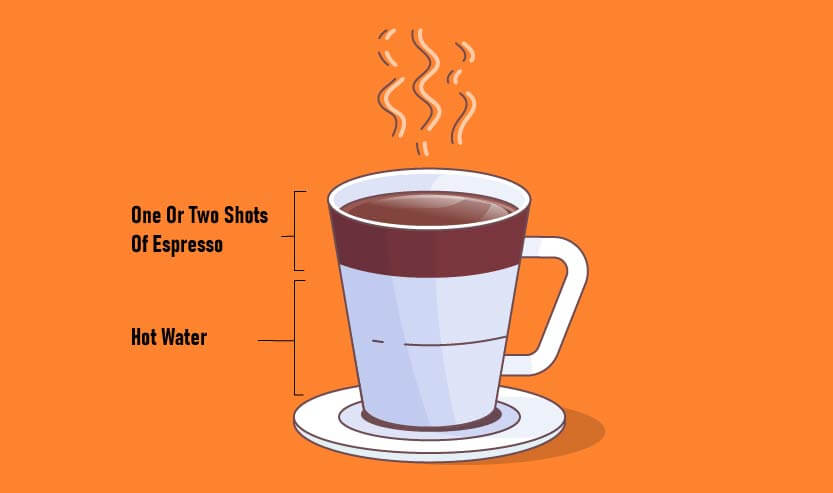 A long black is made by adding hot water to a cup and then pouring one or two shots of espresso on top. See here for more on espresso.

The long black’s small size is one of the most important differences between a long black coffee and an americano.

In Australia, where the drink originated, the standard size is about 120 milliliters (about 4 ounces). The high ratio of espresso to water preserves some of the intensity of flavor and the thick body of the espresso, making a rich, creamy drink.

How is a Long Black Coffee Different From an Americano? 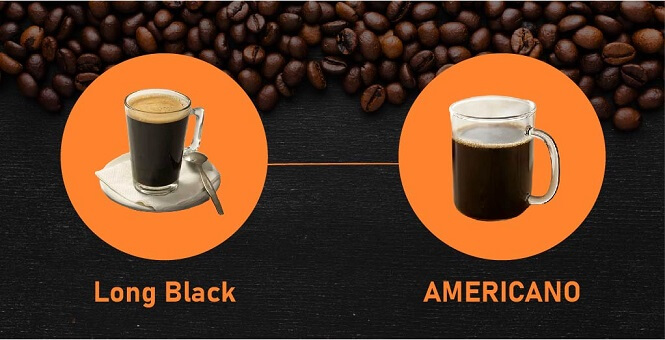 The distinction between the long black and the americano is subtle, but it makes a big difference in flavor and presentation.

Aside from its smaller size, the long black’s most distinguishing feature is the way the espresso shots and water are mixed.

Most americanos are made by brewing shots into a cup and then pouring water on top. Long black coffee is the reverse.

While this may seem like a pointless distinction, the difference in flavor between these two methods is noticeable.

When you pull a good shot of espresso, it will have a thick creamy layer of foam called crema. This crema locks in flavor in the espresso, and the tiny bubbles help to increase the sweetness of the drink by adding surface area. The more surface your taste buds come in contact with, the more intense your perception of the espresso’s flavor.

When you brew a long black, the espresso is poured on top of the water, preserving the crema and helping to maintain the richness of the espresso shot. Because of this, long blacks have a slightly more intense and more vibrant flavor than americanos.

If you’ve ever ordered a long black coffee and gotten something that tasted like bitter swamp water, you may have been served a shot that was pulled for too long.

In some cafes, baristas will brew a shot of espresso for much longer than the standard time (sometimes 1 minute or more) to produce a beverage that looks similar to a filter brew or a long black coffee.

In Italy, the long pull is recognized as a classic style of espresso preparation and is called espresso lungo or caffe lungo.

Pulling a long shot leads to over-extraction of the coffee and adds off-flavors and bitterness to the cup. This is a very different thing from properly brewing a standard espresso shot and adding that to water.

While the visual appearance of a caffe lungo may be similar to a long black coffee, the flavor is different.