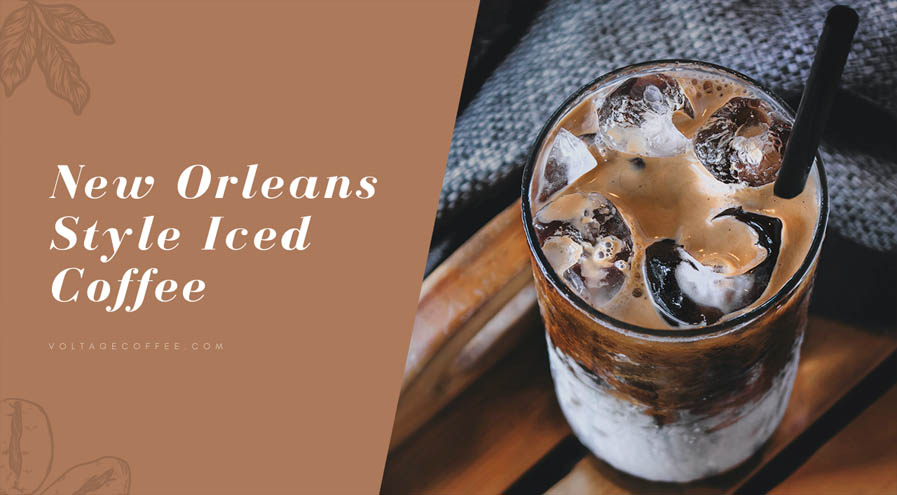 All joking aside, coffee has had some rough times over the last couple of centuries through shortages and limited supplies. This led to some pretty ingenious ideas on how to solve these problems by adding substitutes of all sorts. This is the case of a celebrated coffee drink in New Orleans that has become as synonymous as Mardi Gras and Jazz music!

Let’s take a look at why New Orleans-style iced coffee is such a pleasure to sip on.

What is New Orleans-style Coffee? 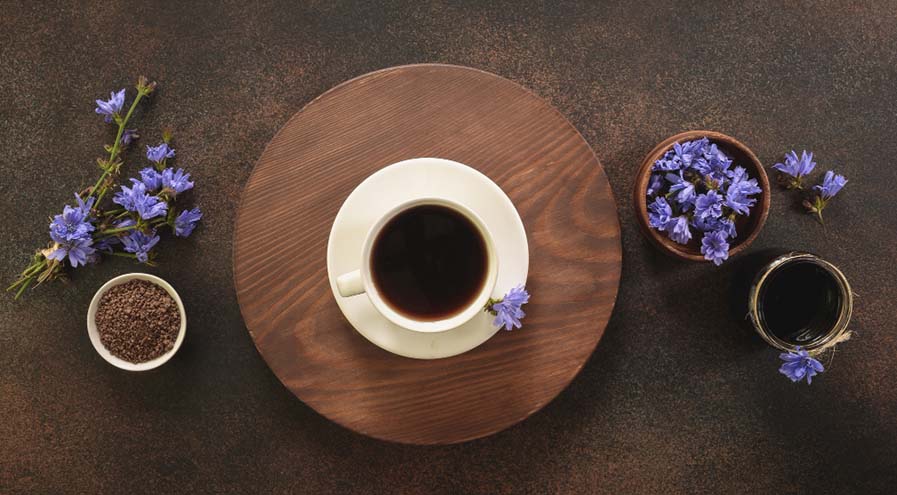 There’s not much to it actually, but then again, looking back at history, it’s relatively an answer that helped solve a very big problem that had plagued the citizens of France during the Napoleon years in the early 1800s. Through an embargo that restricted trade, coffee was one item that was continually in short supply. What emerged from this was a Band-aid solution to stretch supplies further.

This is where Chicory was used, since the flavor when the roots were roasted has a flavor that was pretty similar to the taste of coffee. In most cases, coffee could be stretched over longer periods by adding chicory to the brewing process. Many times it was substituted altogether without and coffee being present at all. It helped many throughout Europe at the time satisfy their love for coffee.

By the time France had lifted their embargo in 1814, chicory was continually used since it was cheap and readily available. By 1860, France was now exporting upwards of 16 million pounds of chicory all over Europe and to an unlike sister city in the New World. It wouldn’t by accident that much of the chicory export that was shipped to America found its way to a French-founded coastal city called New Orleans.

Yet, as history often proves, again and again, embargos and blockades will ruin everyone’s day. By the time the American Civil War began, the port of New Orleans was prohibited to import coffee which led to many French residents falling back on a solution that always worked like a charm. They added chicory to their beans to stretch out their coffee supply. This helped many locals who were always looking for a good cup of coffee.

And though the Civil War didn’t last so long for being tolerated, the people of Louisiana could still enjoy a tradition of drinking coffee without limitations. Even after the Civil War had ended and coffee beans were soon available again, people preferred the unique mixture of coffee and chicory. A stylish tradition was adopted and cemented into New Orleans history, with a drink that is still enjoyed to this day.

Where Does Chicory Come From? 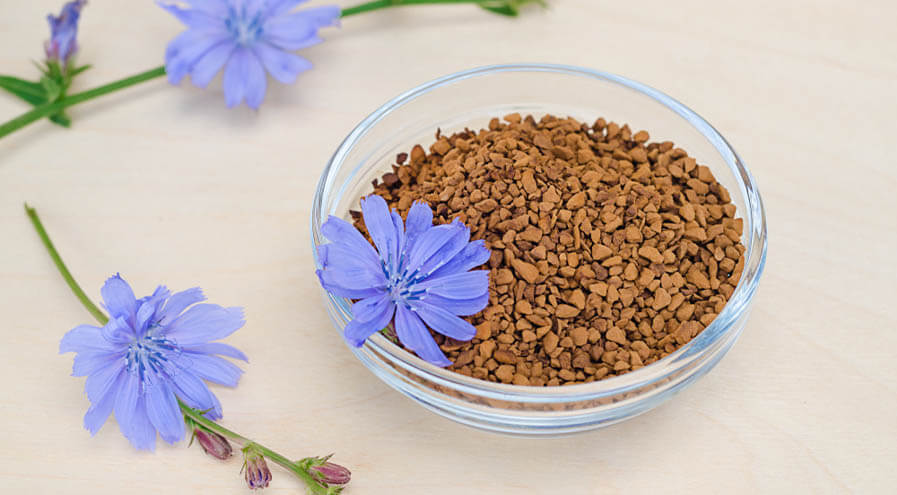 While France and South Africa are the largest producers of chicory in the world these days, chicory has its roots (so to speak) spanning as far back to Egyptian-era medicinal remedy plants. It’s been widely documented that over 5000 years ago, ancient Egyptians used chicory to solve common ailments, and is even recorded in Egyptian text that was translated. Later it was adopted by the ancient Greeks and Romans.

It was further found that the roots were used in salads or mixed with vegetables, proven to be effective for keeping your liver healthy. It has also been known to be fed to livestock as early as the 17th century. Fresh chicory root is often eaten by some Europeans, particularly in the French-speaking portions of Belgium. But for the most part, chicory root is processed when it’s fully grown, dried up and ground up, and then roasted.

After this, it can be added to ground coffee beans in select percentages and mixtures to create the signature chicory/coffee mixed drink.

How Do I Make New Orleans Iced Coffee? 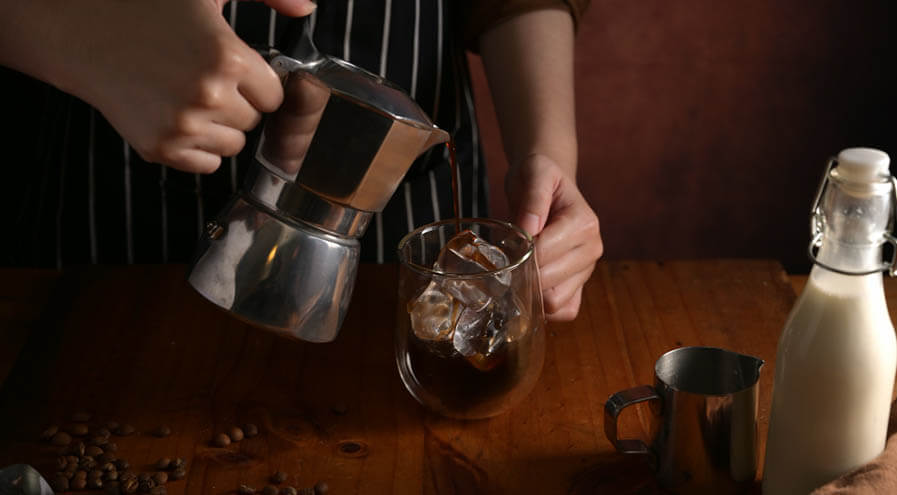 Making this time-honored New Orleans-style iced coffee is easy, but you need to be patient. To get this flavor requires a waiting period to allow flavors from both coffee and chicory to blend properly, so we’re including a simple follow-along recipe that makes it simple to reproduce at home. 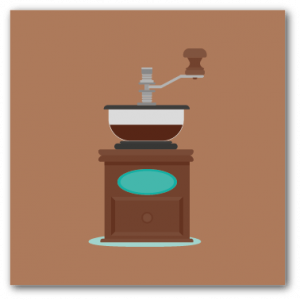 1. Grind your coffee and add chicory

To make enough coffee that will last at least a week, you start with an amount that’s appropriate for making iced coffee. Use no less than 12 Ounces of coffee beans of your choice. These can be mixed Arabica and Robusta, French roast, etc, but should come out to measure 340 grams total. Now you want to grind these beans on a coarse setting similar to how French Press coffee grounds appear.

Now you add your roasted chicory to the grounds in a bowl. You can use a minimum of 28 grams of chicory or higher depending on your love for chicory flavor. There’s no wrong when adding chicory, however, this recipe follows the traditional New Orleans style. 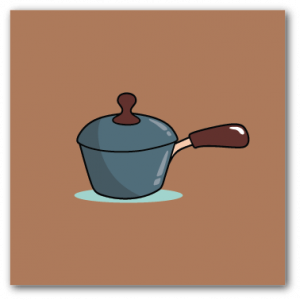 2. Place beans and chicory into a deep saucepan

You aren’t cooking anything but your saucepan or pot should have a lid so it covers your mixture. Add 2 liters of clean water (perhaps bottled water) into the pot and add your coffee/chicory mixture. Use a wooden spoon to mix the contents until it’s saturated completely. Put the lid on and let it sit for no less than 12 hours in an area that’s room temperature. This is to let the mixture steep. 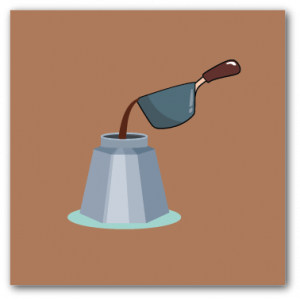 After 12 hours is finished, now you find a big jar that will hold your coffee mixture. Try to find a jar that has a spigot on the bottom so you can pour it into a cup easier. Make sure this jar has a closing top to keep this fresher for longer while storing it. Get a mesh sieve that’s meant for finely ground particles. You may need to remove leftover grounds from your sieve periodically if it’s not large enough. Now you put this over your big jar and start to pour your steeped coffee into the sieve slowly.

When you’re done you’ll have significantly less water than when you started. The remaining grounds are then thrown away in the garbage. Close the jar and place this into the fridge until it gets nice and cold. 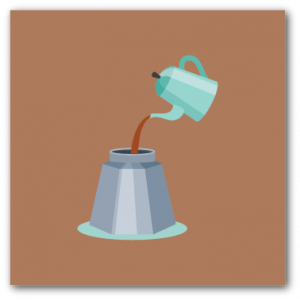 This style of chicory coffee is best sweetened with water and sugar that’s been heated to create a sugary syrup. You can use equal parts sugar and water by weight heated over a low flame until it’s completely dissolved. This is then used to sweeten your coffee as you like. Since this is different for everyone, it’s best to make enough sugar syrup for everyone who will enjoy a cup of your chicory coffee. 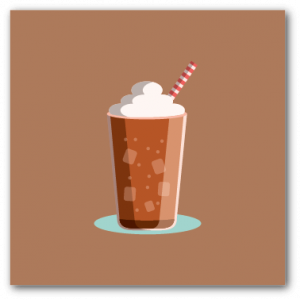 Grab some glasses and some ice cubes filling each cup three quarters to the top. Don’t skimp so use a tumbler cup to get the best effect. Now add your coffee halfway followed by some milk, cream, skim milk, or whatever you like as a creamer. Now you can add your sugar syrup suited to your taste. Mix and enjoy in a shaded area outside on those hot days that make iced coffee more refreshing to drink.

Cafe Au Lait and Ca Phe Sua Da are other popular coffee drinks with extensive French history that are also iconic to The Big Easy.